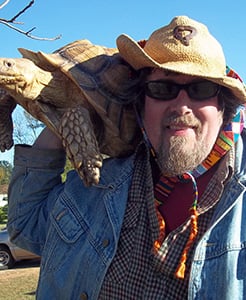 Growing up, Peter found school difficult, though he managed to finish school as well as college. Upon completing his education, he went to work for the state park service at the Athens Sandy Creek Nature Center in Georgia. He has lived in Georgia since. Frustration on the job led him to try his hand at expressing his feelings through paint. He found that acrylics gave him the color and texture he wanted and he began creating upbeat interpretations of the natural world, especially animals.

Now he paints on any surface — canvas, roofing shingles, boards, window screens and whatever he can get his hands on. He also builds animal-shaped birdhouses and dulcimers which he paints with multiple layers. Sometimes he will also add texture with coffee beans, peanut shells and repetitive dots.

Peter’s art reflects his love of animals. He and his wife Sandy live with a menagerie of animals including dogs, chickens, pigs, goats, an iguana. Peter is probably best known for depicting his best buddy, Bongo the dog.

Loose’s work is in the permanent collection of Savannah’s Telfair Art Museum and was exhibited in Baltimore at the American Visionary Art Museum. His collectors and fans are far and wide. 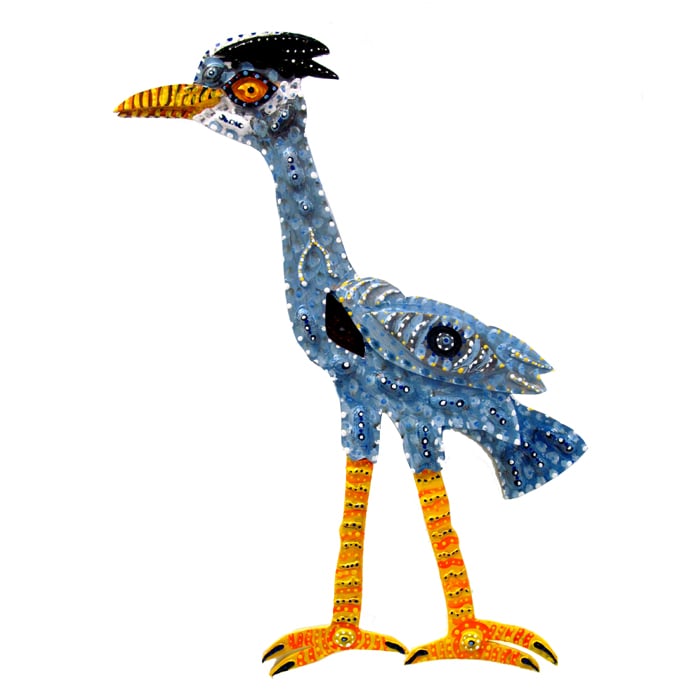 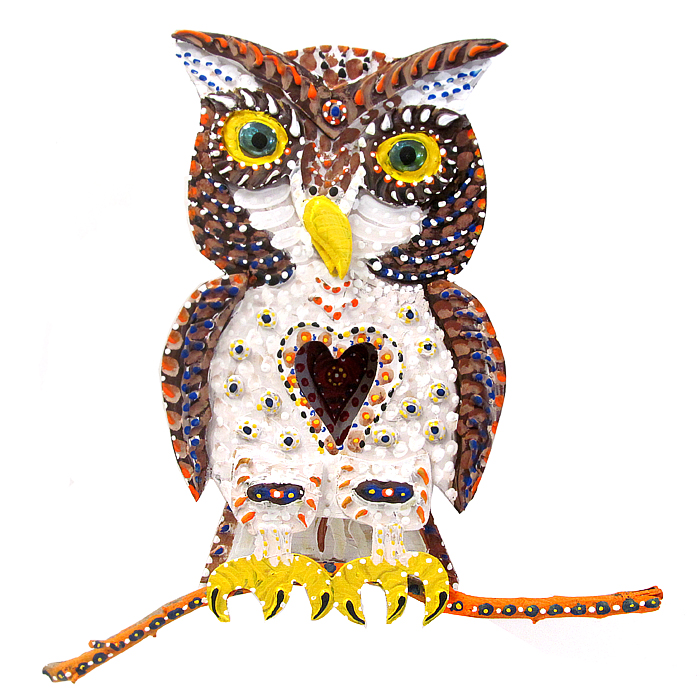