Finster was one of the best-known folk artists. On property near Summerville, Georgia, he created Paradise Garden, a shrine to his evangelical beliefs. The garden was populated by his found object sculptures, paintings, and even a chapel. He began his artistic career in 1976 when a voice told him to create "sacred art." He abandoned his bicycle repair shop and began to produce thousands of paintings, all numbered and dated, and most with obsessive religious text. His life's goal was to share his visions and spread the word of God through his art. 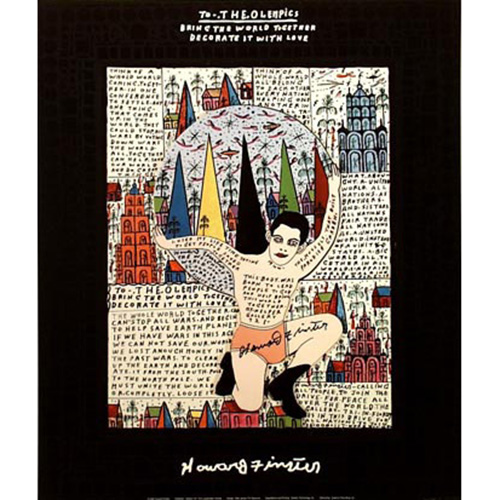