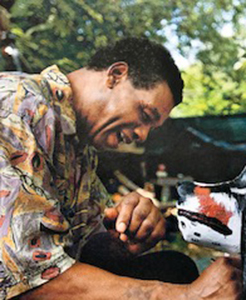 After injuries and layoffs from a variety of jobs, Isaac despaired that his future was bleak. During an especially depressing time, Isaac believed that God visited him, and encouraged him to become a woodcarver.

From an early age, Issac had been keenly interested in animal forms and structures, and now his observations began to give shape to a variety of creatures. His vision was unique, and often his animals were colors not usually found in nature. Polka dots were prominent, and over-sized feet became an amusing trademark.

Smith’s work now resides in many private collections, including that of the former president, George Bush. His work is also included in the permanent collections of the Dallas Museum of Art, The Houston Fine Art Museum and The African-American Museum in Dallas. 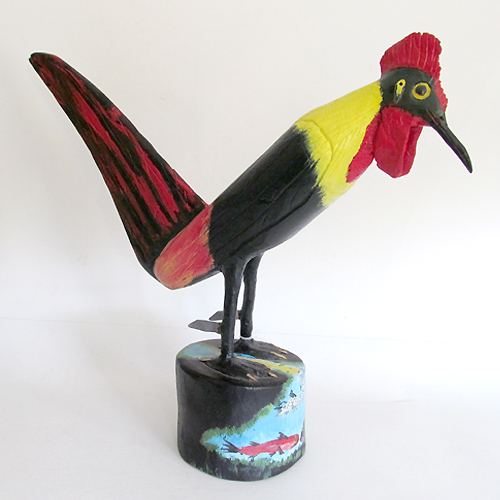