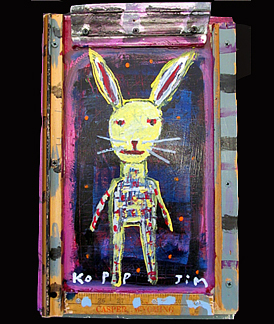 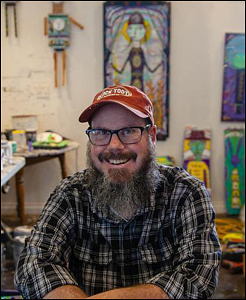 Jim Kopp was raised in Pennsylvania and Florida. He now lives in Wyoming.

In 1999, Kopp saw an exhibit at Atlanta’s High Museum of art by Howard Finster, a well-known Georgia folk artist. Inspired, Kopp started painting on wood and canvas, often incorporating various found objects. His art comes from an intuitive mindset and sometimes, even he is not sure how his work originated.

Ever since moving to Wyoming around two decades ago, he has been painting and making mixed media objects. Many ideas for his art arise from the materials themselves. He uses whatever he finds or as he says, “whatever shows up on my doorstep”.

When Kopp met Howard Finster in 2000, Howard told him, “Don’t you worry about what others think of your art, just keep painting!” Jim thinks about that simple statement almost every day.

Kopp was invited to participate in an exhibition at the Nicolaysen Art Museum in Casper and has been included in numerous other museum shows. Self-taught art is not a genre well-known in his area of the country so often he has been invited to give talks on the subject. 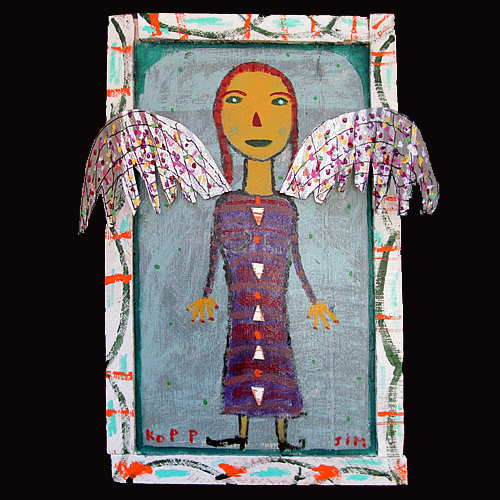 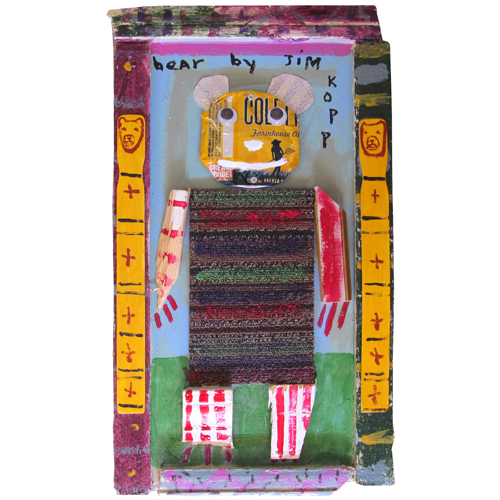 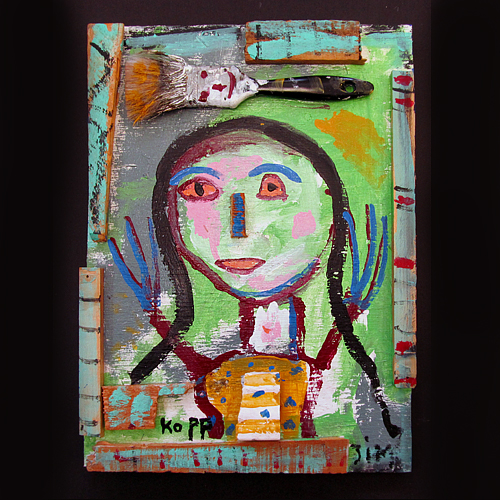 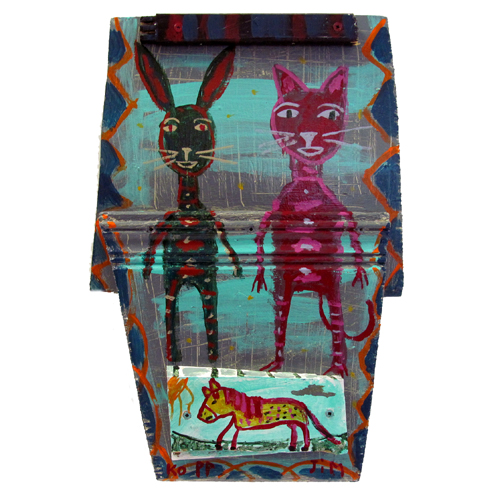 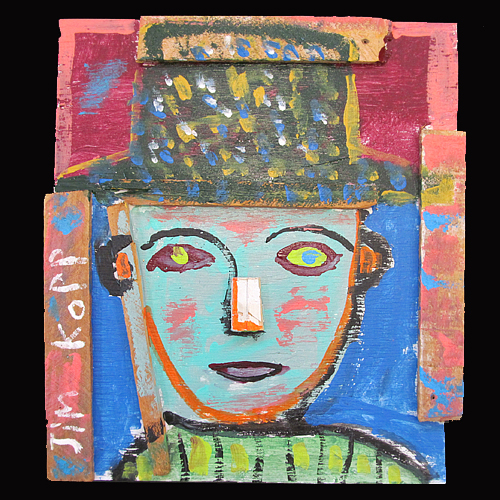 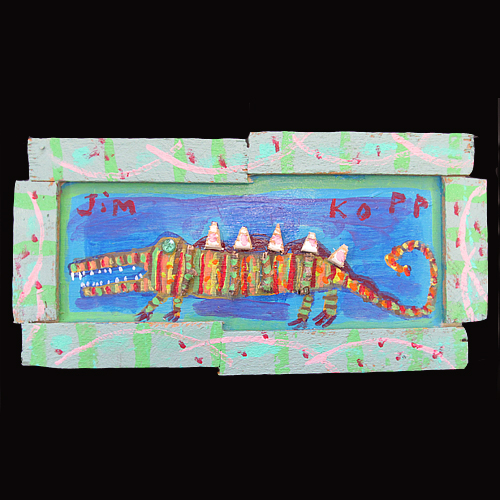