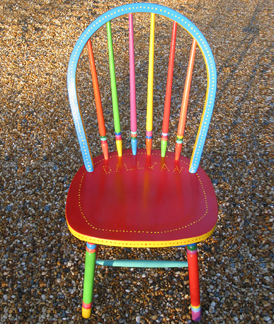 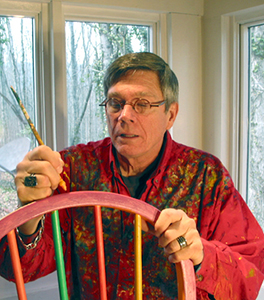 John Siegel began painting children's rockers as a way of doing something fun for his grandchildren. It became a tradition that when each child reached about 2 years old, John would paint a chair with their name on it. After a while, John ran out of grandchildren (14) but enjoyed painting the chairs so much he decided to paint them for other children. Now, they are either given to a child in need, donated to charity, or sold to someone who wants to give a child a special gift.

The painted chairs led to other painted objects including chest, tables, cabinet or any other pieces of furniture calling out for paint and bright colors. Each object is painted by hand with a combination of up to 23 colors, and no two pieces are exactly alike. John says, "It is very gratifying to know that my chairs and furniture end up bringing joy and color into a home." 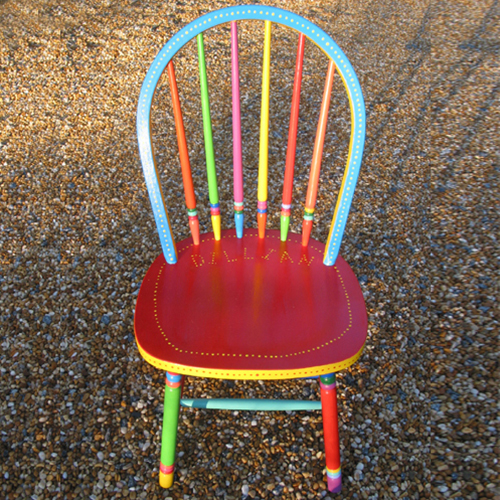