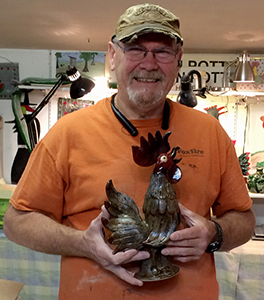 Steve Turpin began his pottery career in 1973 when he went to work in a local pottery factory in Gillsville, GA.  After working there for 27 years and eventually becoming a manager, he decided to go on his own.

Turpin Pottery became a reality in 1993 when Steve set up shop with a wheel and kiln and began making pottery. Since then, Steve has generated both traditional and innovative pottery in the little shop behind his house. He created the Siamese Good and Evil Jugs - which are truly unique in the world of folk pottery. He perfected his Rooster Chief and Roosters, which are incredible specimens of his artistry and inventiveness. Never one to ignore the incredible tradition behind folk pottery, Steve also creates a variety of more customary folk pottery, such as pigs and face jugs. 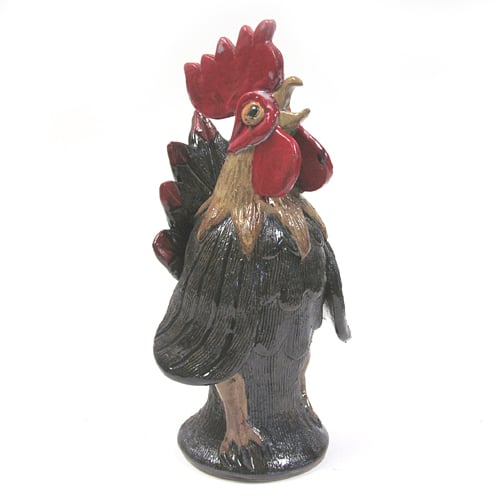 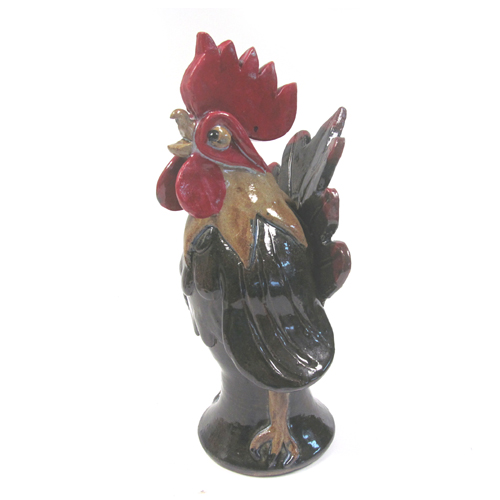 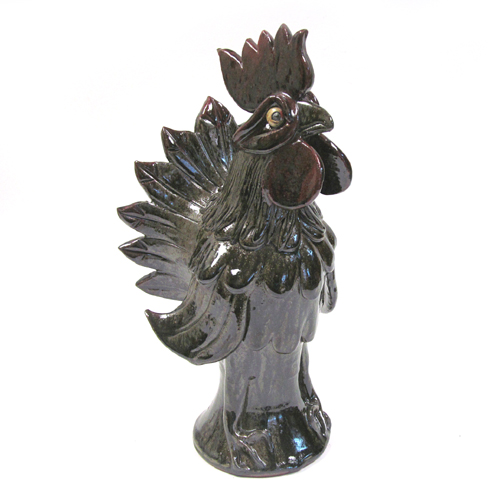