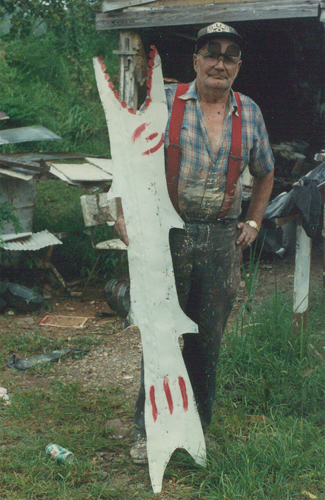 R. A. Miller began making art at about the age of sixty-eight when the onset of glaucoma made it difficult for him to continue raising hogs.  He began by creating whirligigs and soon the hillside next to his house was covered with colorful spinning “windmills” as he called them.  He would cut tin in the shape of animals, devils, angels, and “Blow Oscar,” (a rendition of a man who would blow his horn every time he passed by).  He then would paint the tin and attach it to crudely assembled wooden pieces.  R. A. also made paintings on tin or wood, some with messages such as “Lord love you”.  (Miller was a preacher at the Free Will Baptist Church.)  He was also inspired by animal images he would see on television.

His work was included in “Outside the Mainstream, Folk Art in  Our Time, 1988, High Museum of Art, Atlanta, Ga. and “Passionate Visions of the American South,” at the New Orleans Museum of Art.

The paintings or cut-outs below were purchased in the 1980s or 1990s directly from RA Miller.

Artwork By R. A. Miller 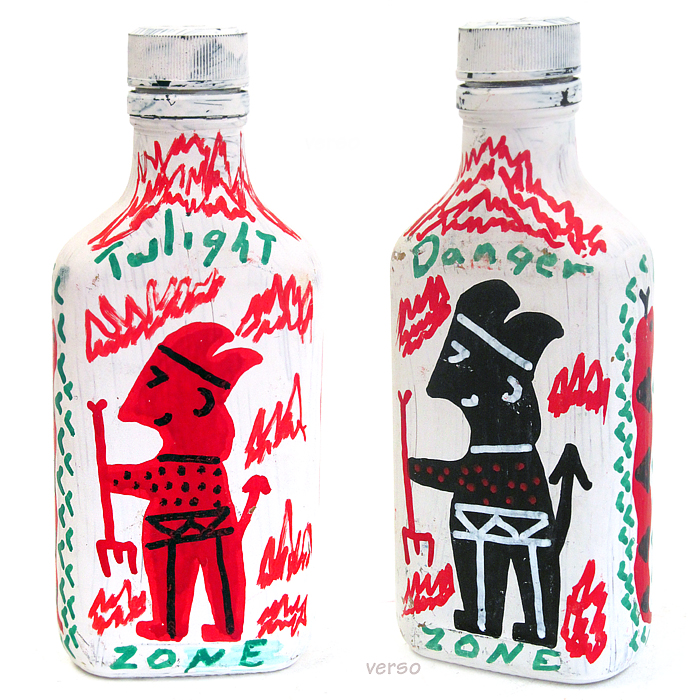 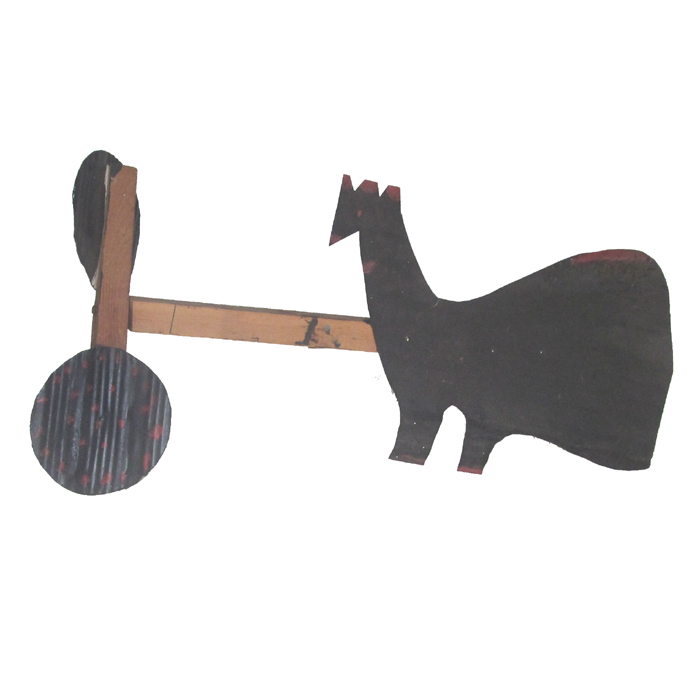 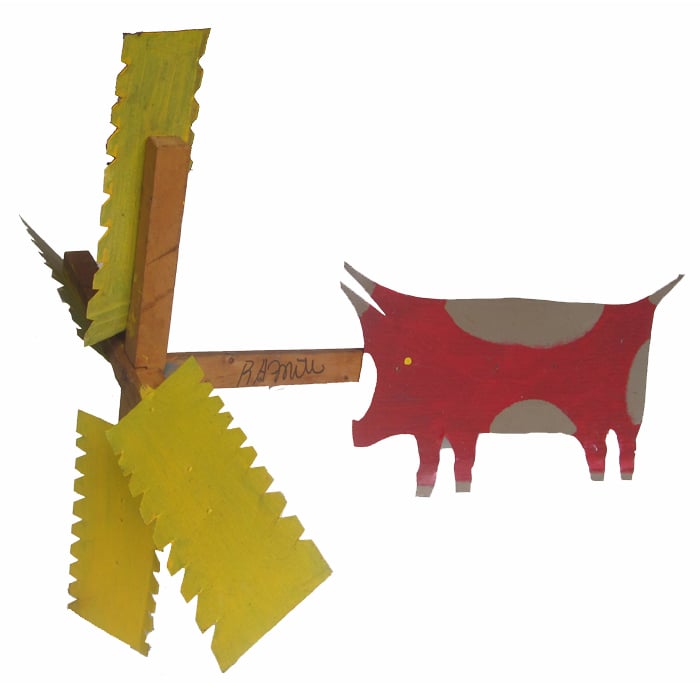 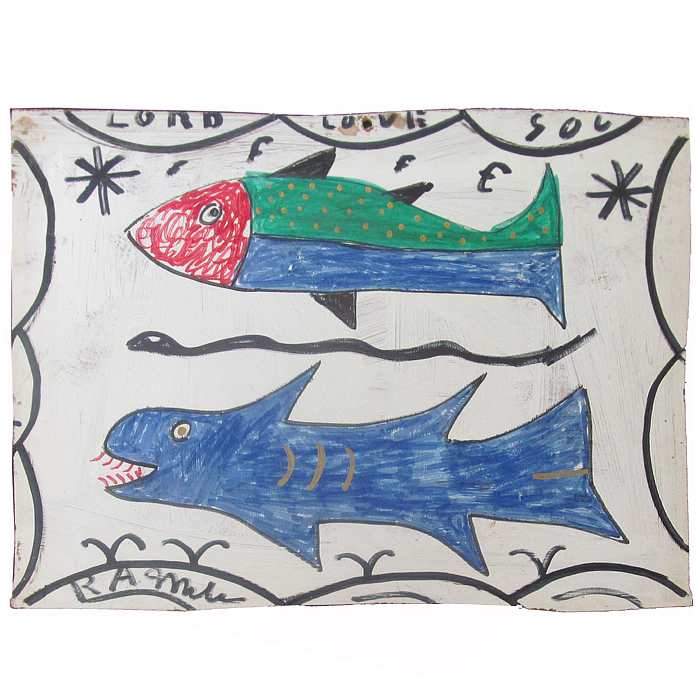 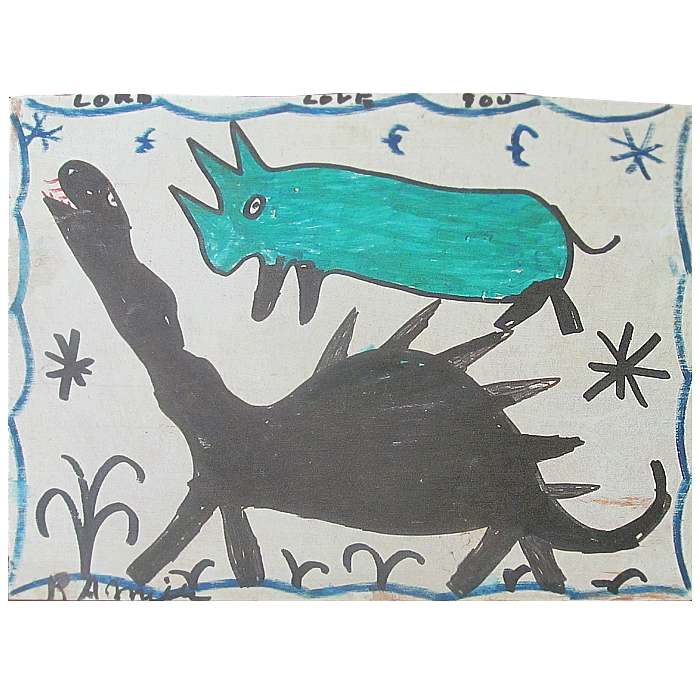 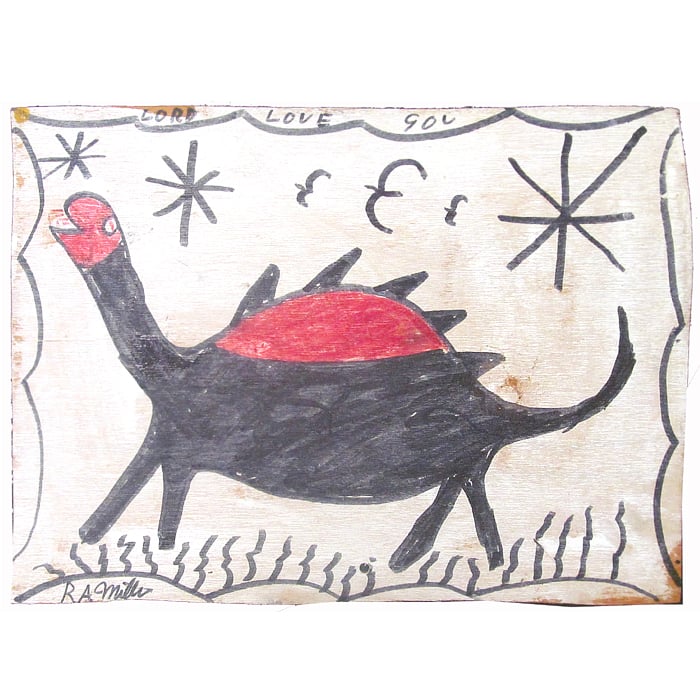 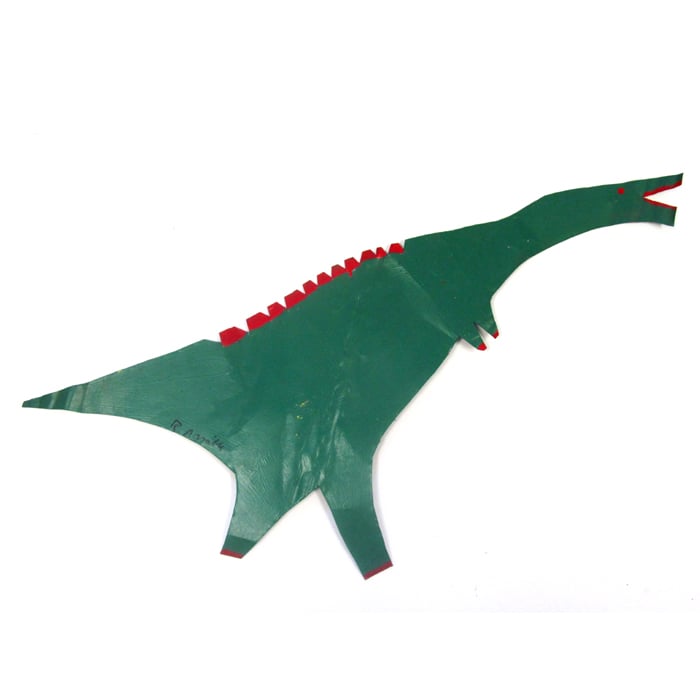 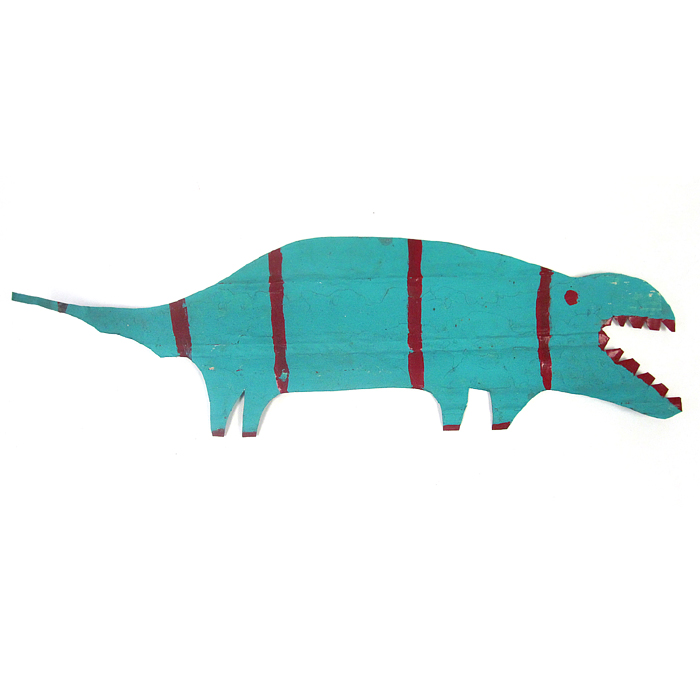 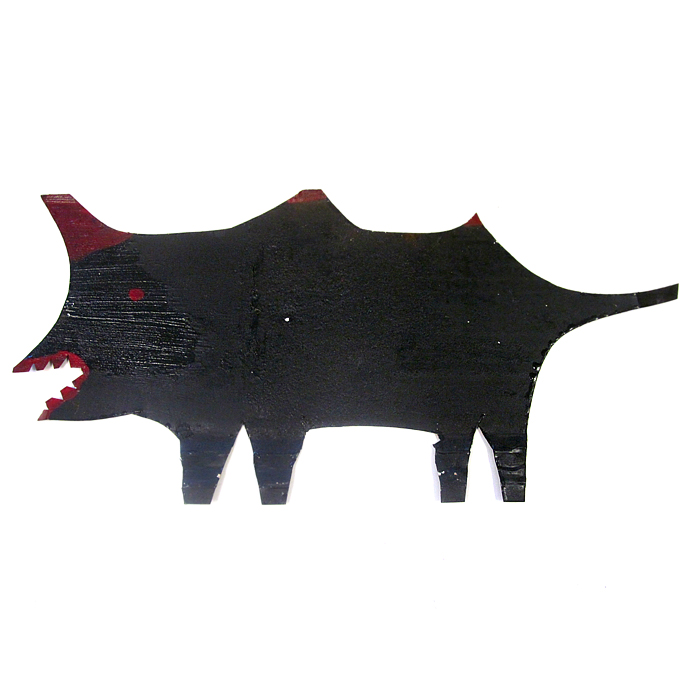 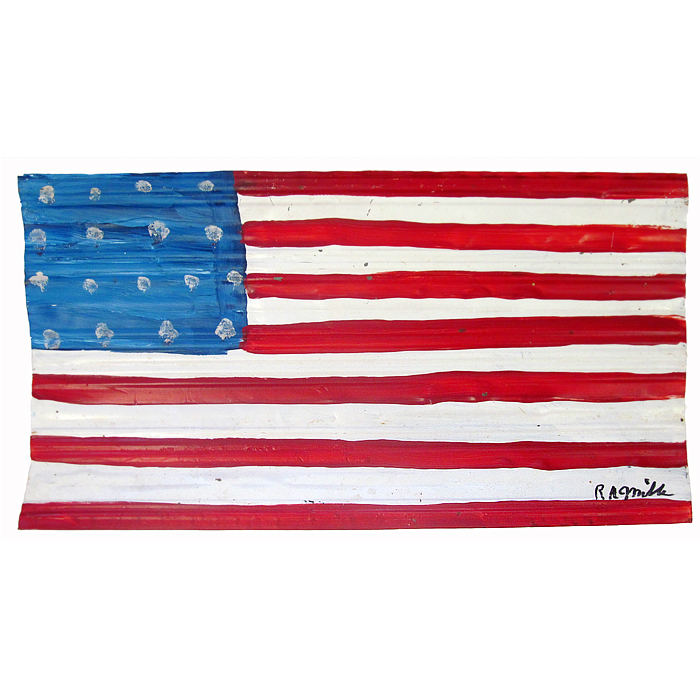 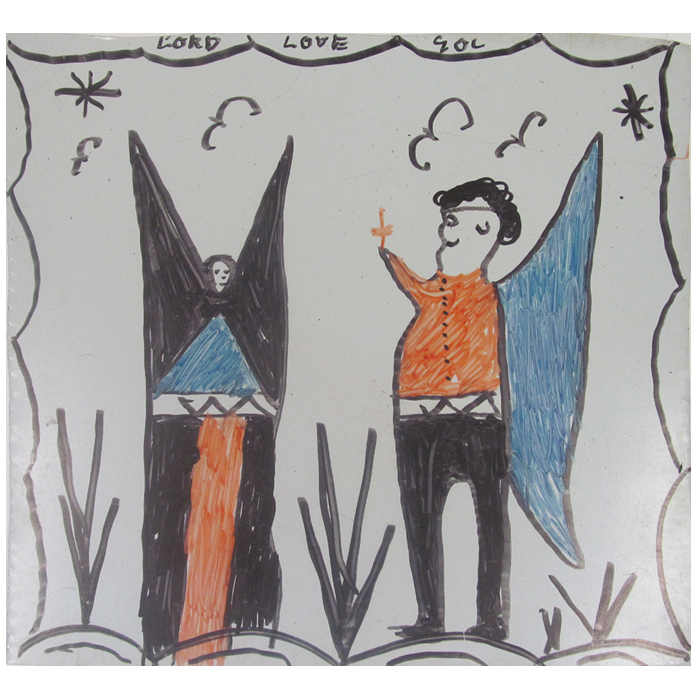 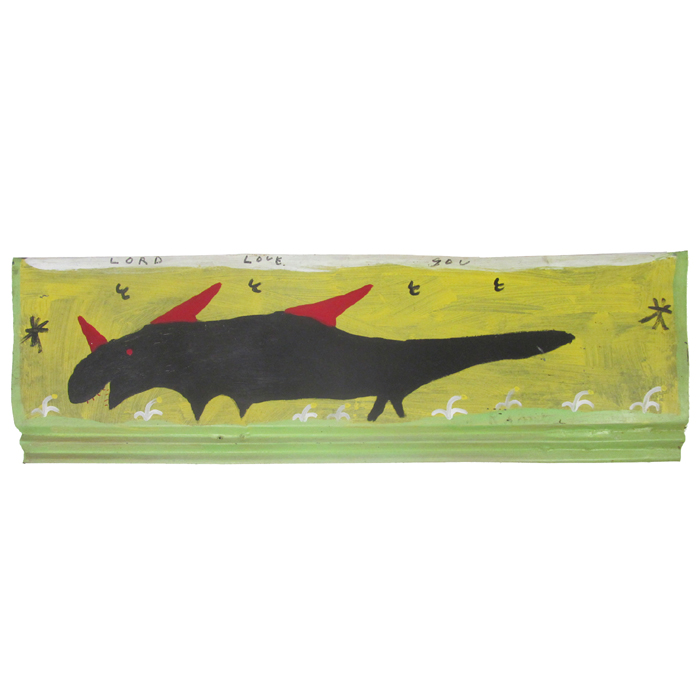 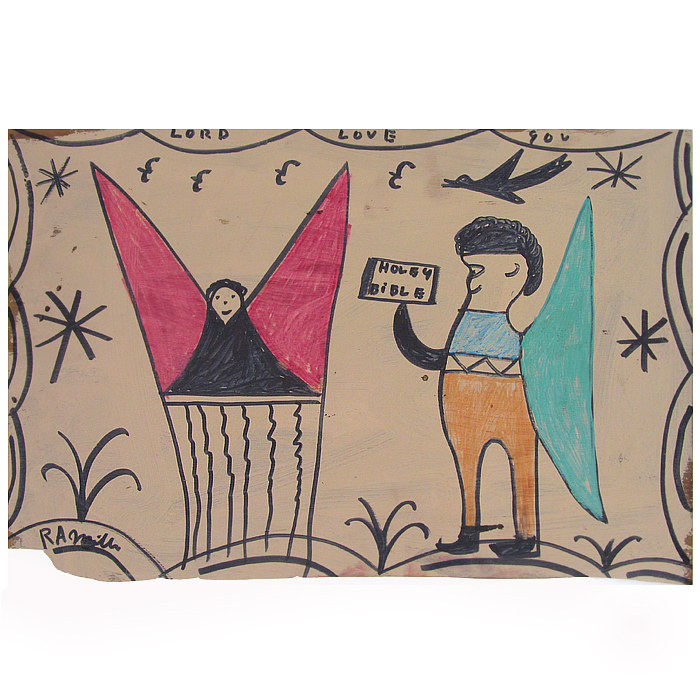 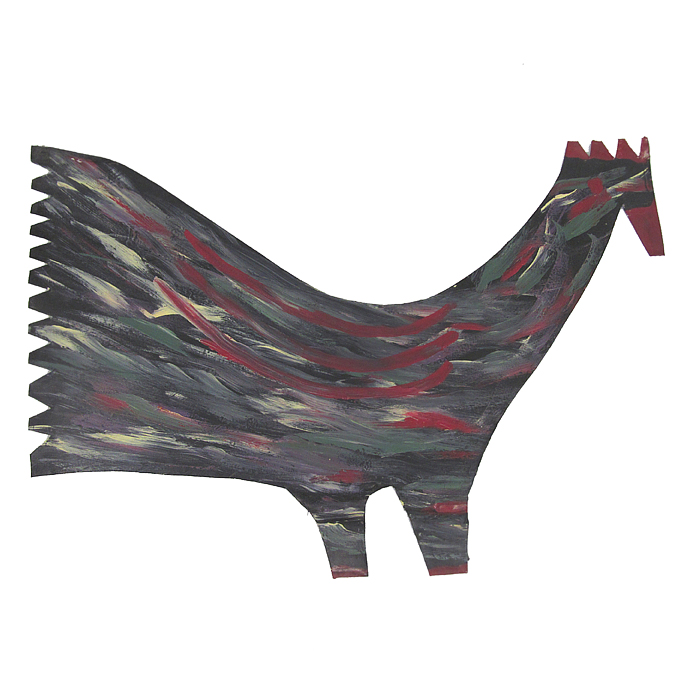 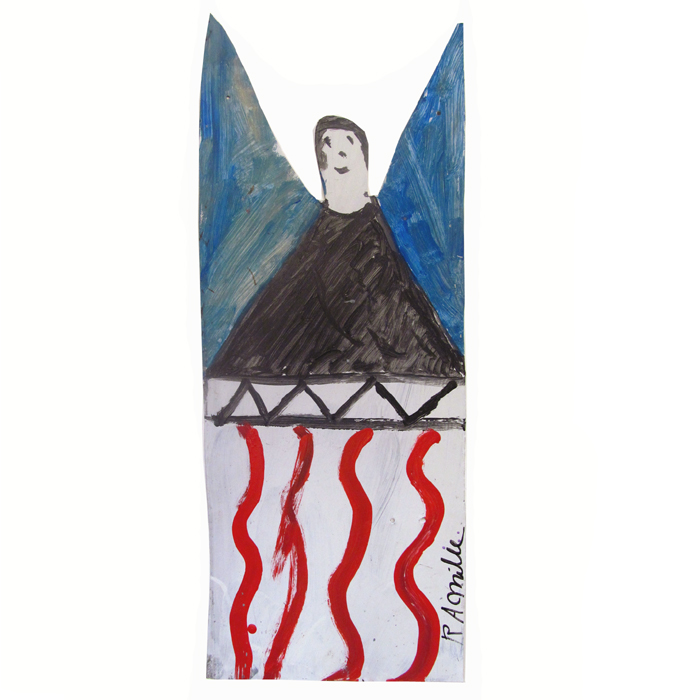 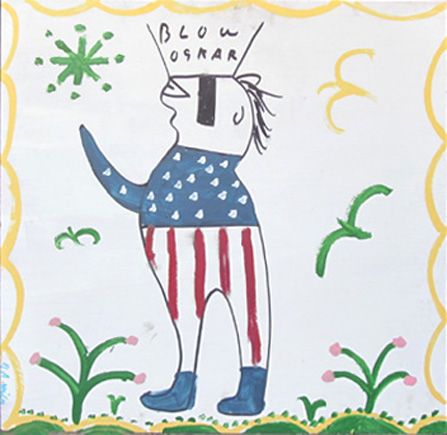 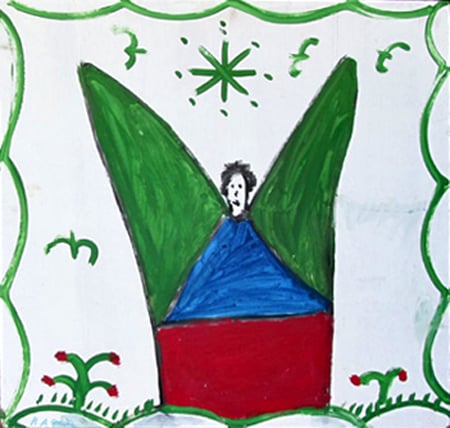