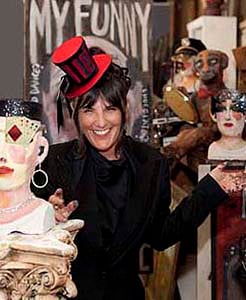 Theresa is a self-proclaimed “visual storyteller.” Painting is her passion and joy is an essential ingredient in her beautiful paintings. Often rising before dawn, she paints and dances as she works on more than one painting at a time ever seeking to provide the color or shape each image demands. She says knowing when to stop is one of the hardest parts.

Those familiar with her work, are charmed by her sense of humor often coupled with an unusual take on her subject. Theresa does not strive for perfection, in fact, she insists on leaving something a little imperfect in her work. She says her mother always told her to never erase. Theresa’s playful spirit is evident in whatever subject she chooses. Cats, dogs, people, birds, or florals are all part of her repertoire. Her devotion to creating art has sustained her through personal struggles of abuse, fires, cancer, and losing one of her two sons. She believes her life is not complete without the ability to make her art.

Theresa’s father was a professor of architecture at the University of California, Berkley, which perhaps explains Theresa’s innate sense of structure and composition. After high school, Theresa was offered a scholarship to The Art Institute of Chicago. She left the first day after about an hour of instruction on the subject of “line.” She thought she would rather just get on with her painting.

Her work has appeared in several national publications and received numerous awards. Theresa was included in an ancillary show to the Peninsula Fine Arts Center’s Uncommon Visions exhibition (November 2008 to January 2009). For her one-of-a-kind creations, Theresa was selected as an American Original in the May 2008 edition of More magazine. Country Home magazine did a feature article on Theresa and her charming home/studio space in the May 2007 issue.

There is a wonderful video of Theresa talking about her work in her recent exhibition at Main Street Gallery. Click here to view the youtube video of the entire exhibit and an interview with Theresa by Howard Pousner or go to youtube.com and search for “Theresa Disney Interview.” 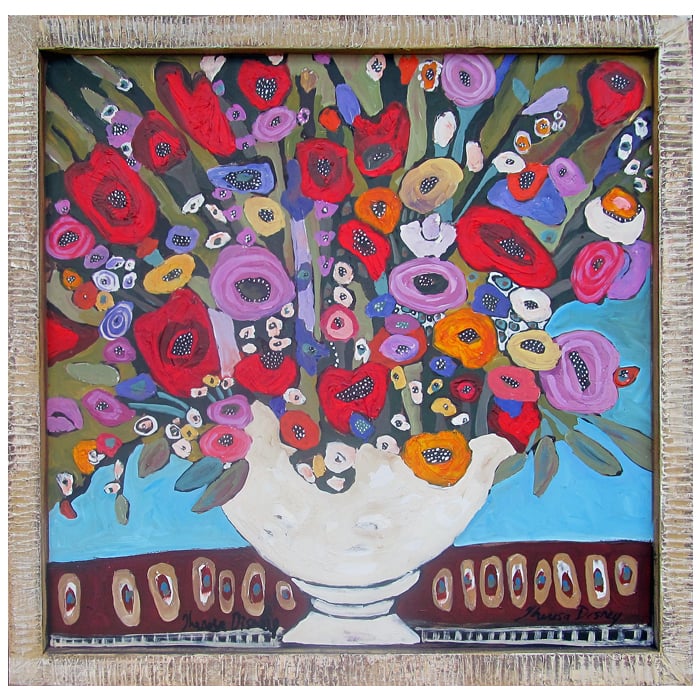 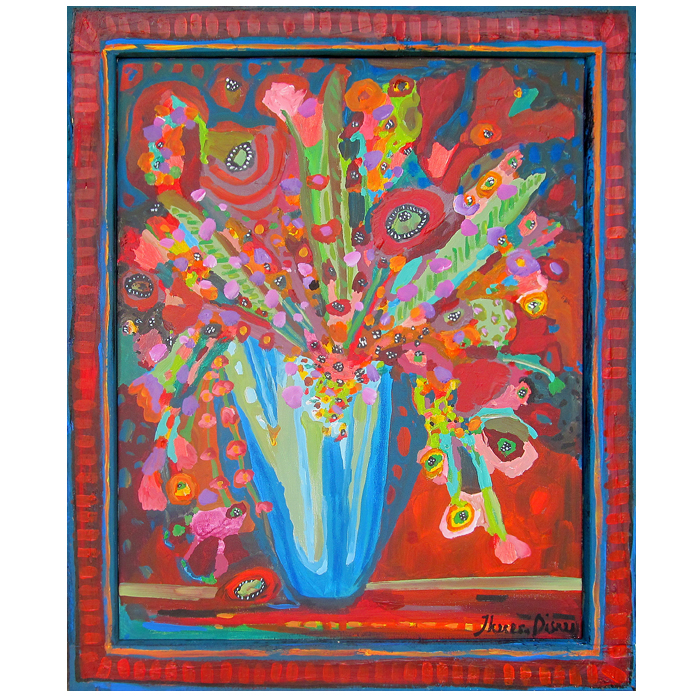 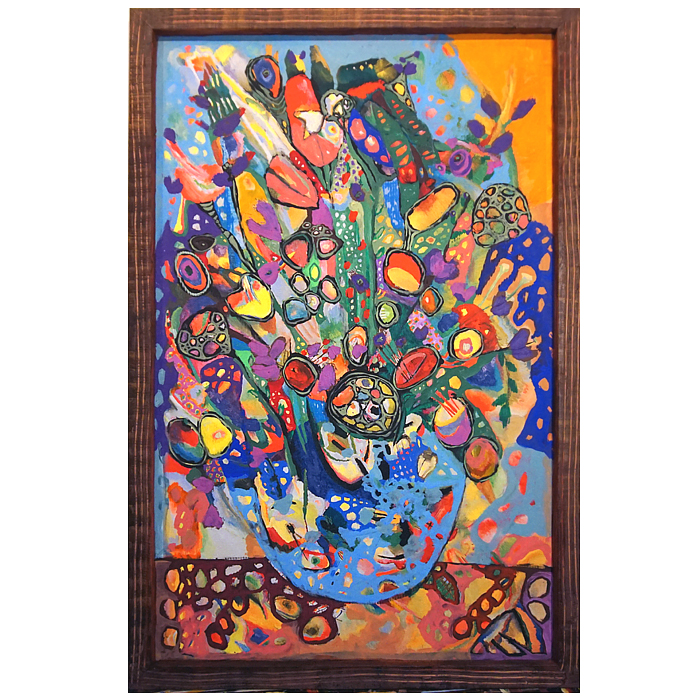 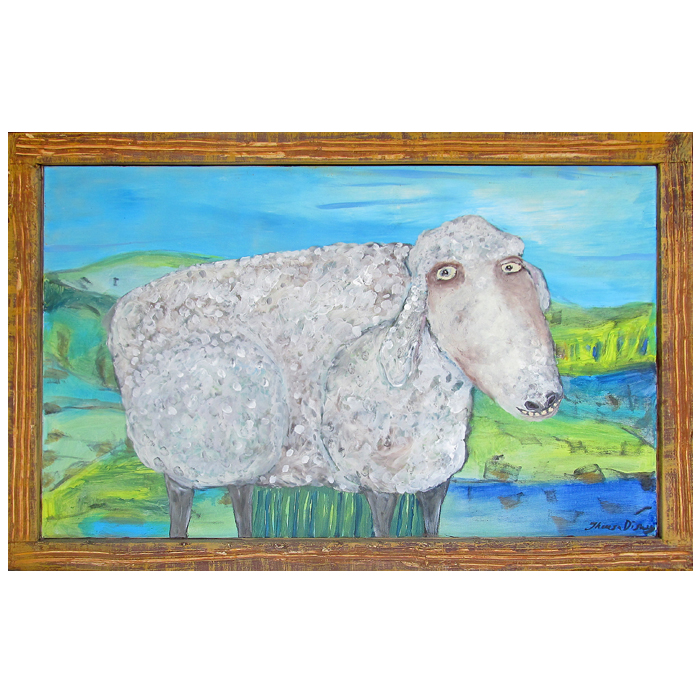 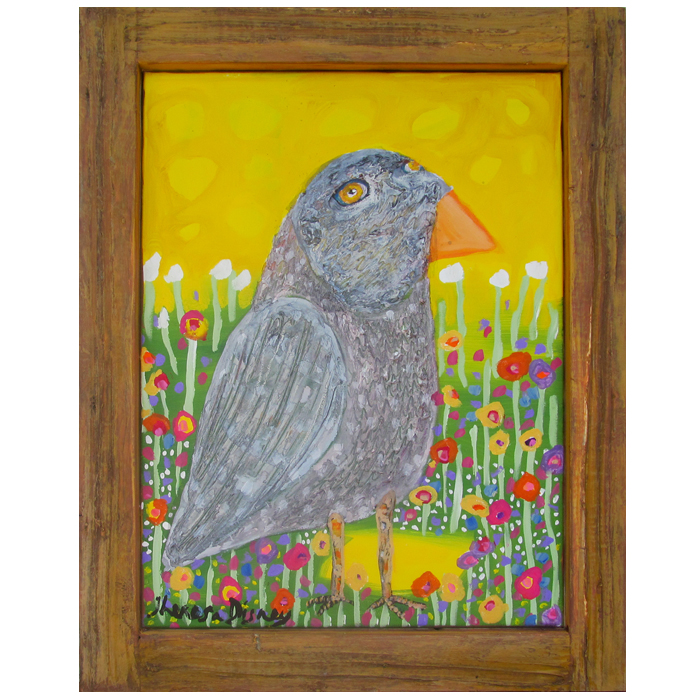 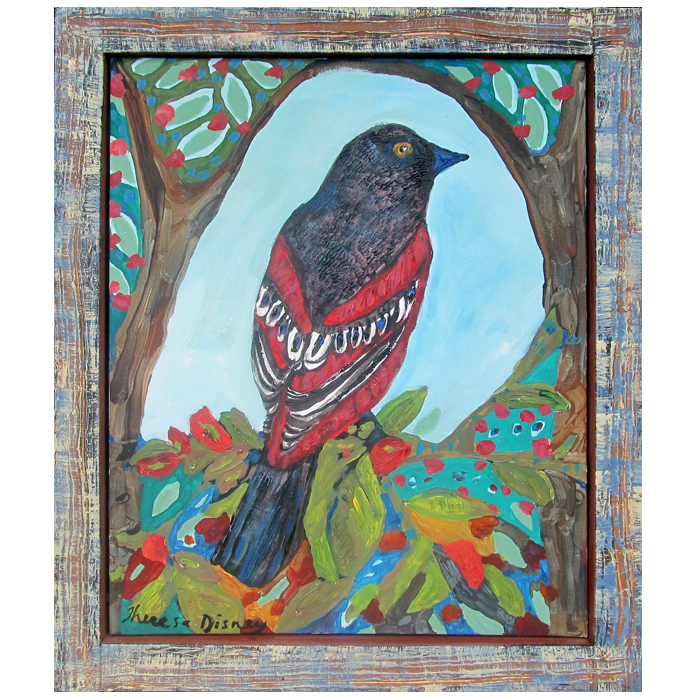 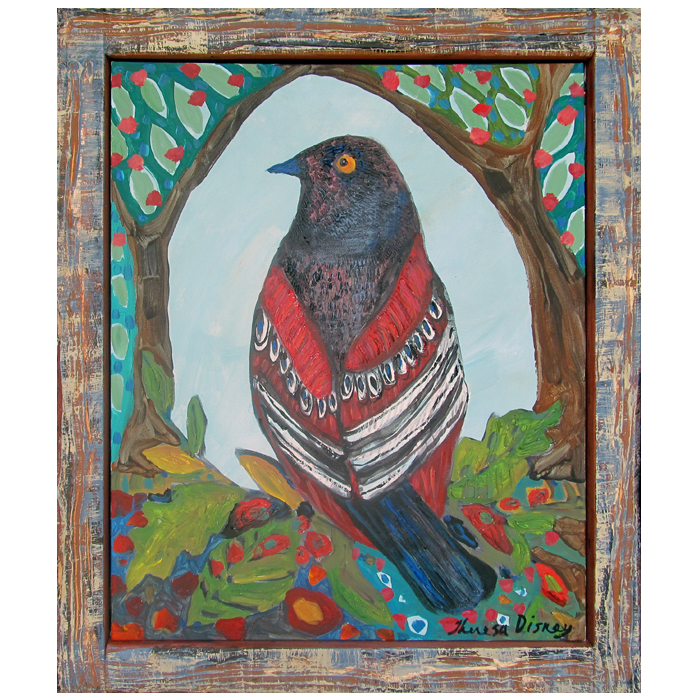 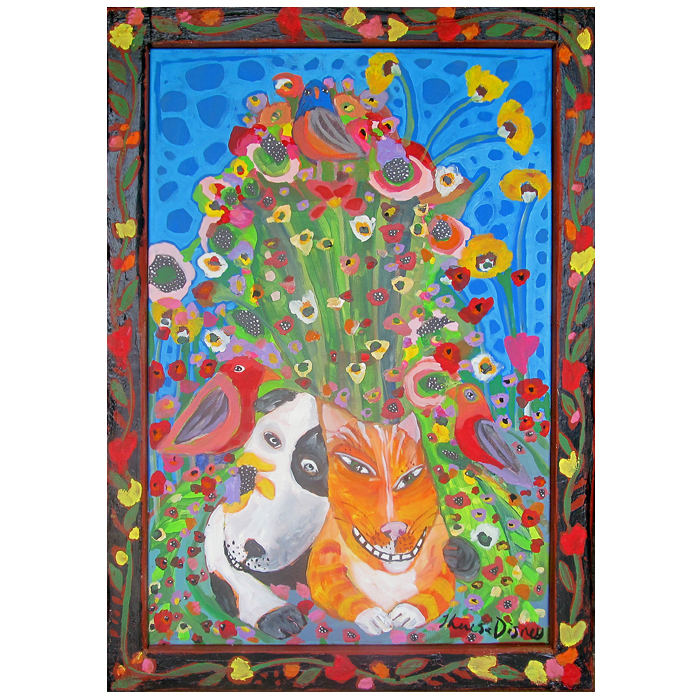 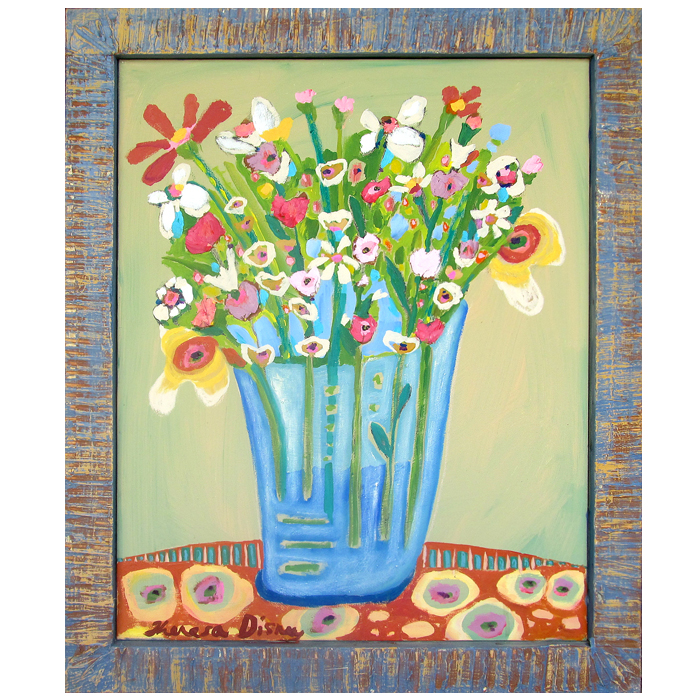 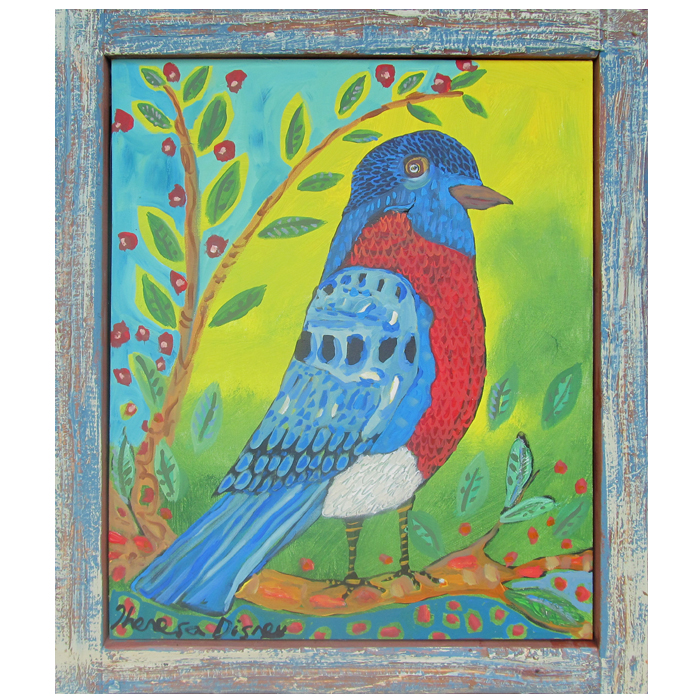 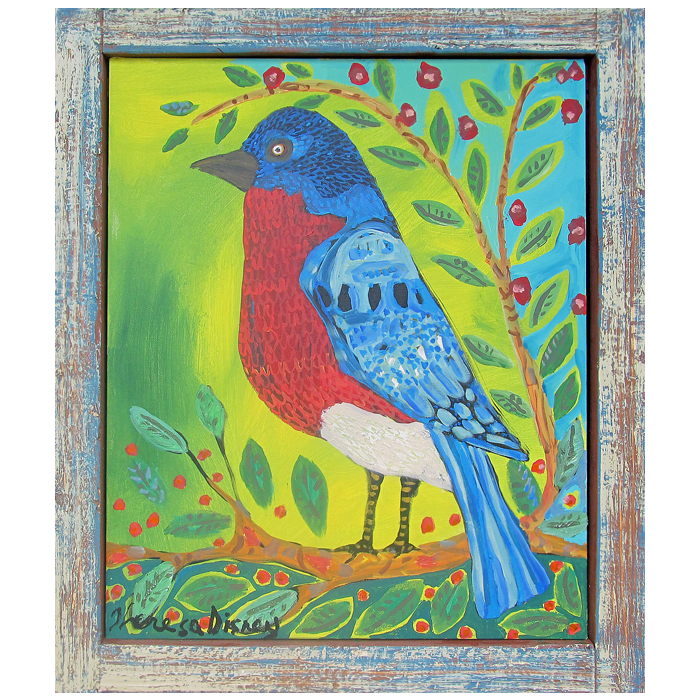 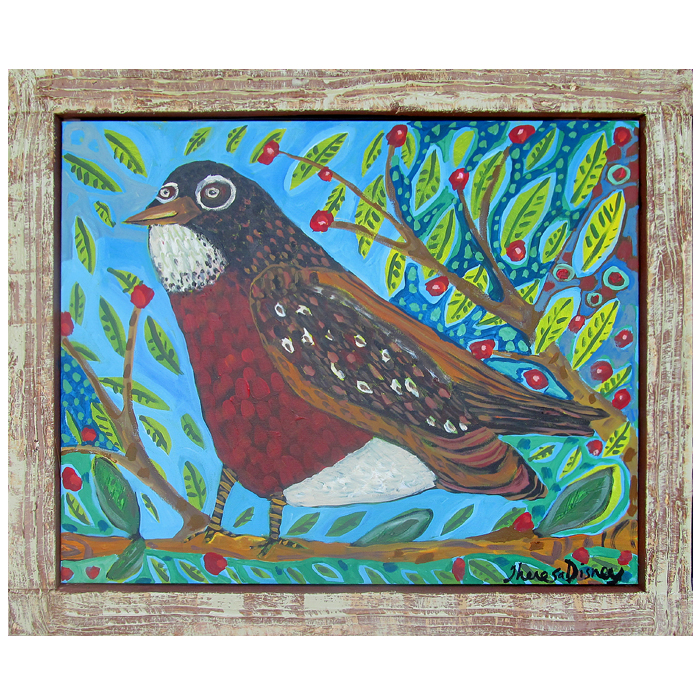 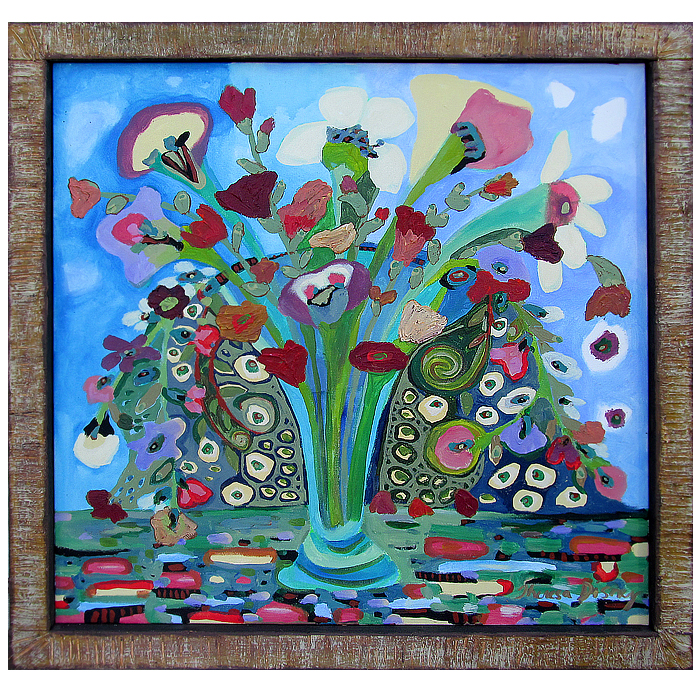 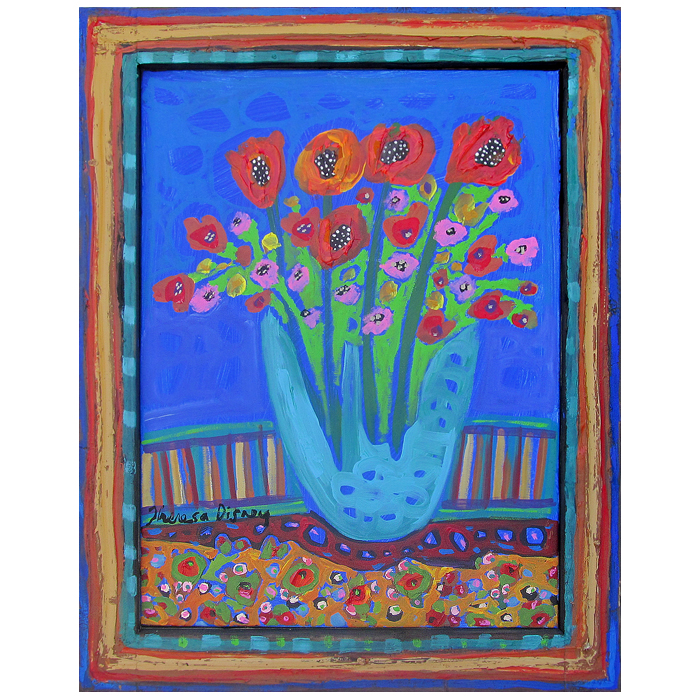 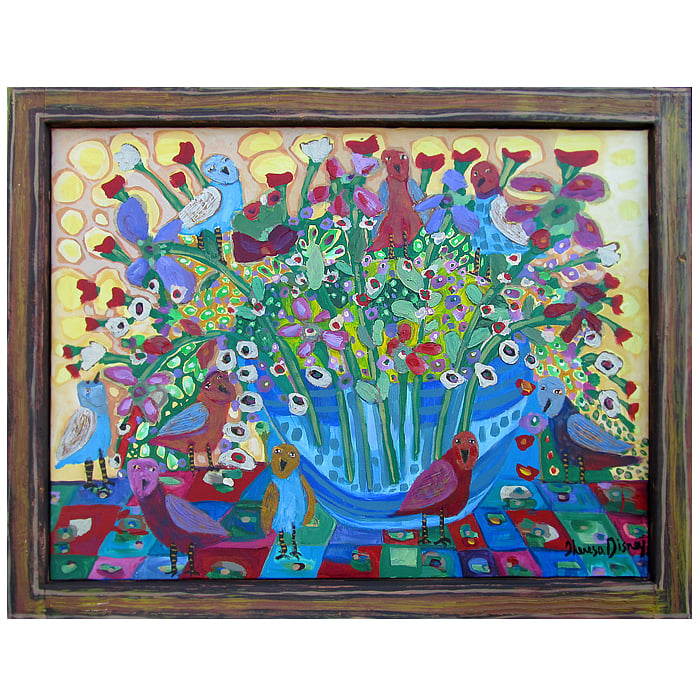 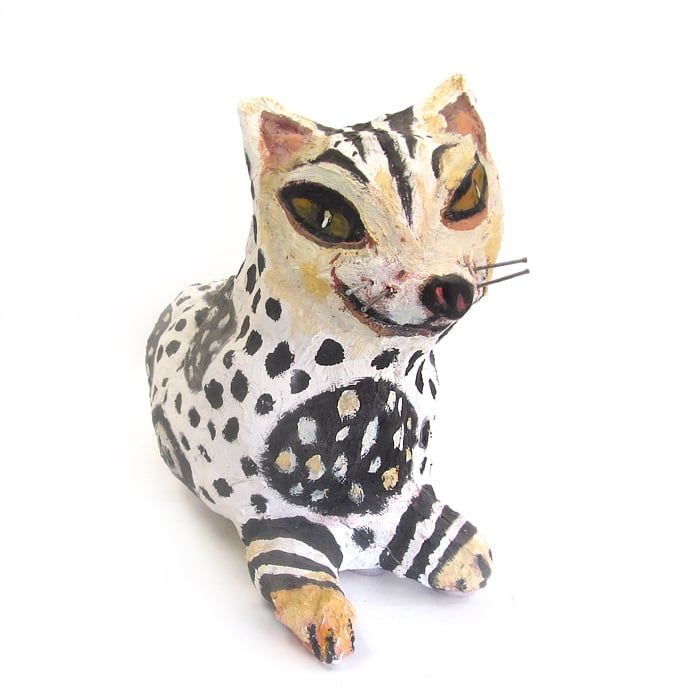