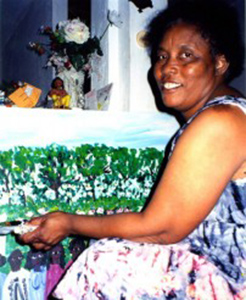 Alyne Harris was born in March 1942 in Gainesville, Fl.

As a young girl, Alyne and her sisters played in a nearby cemetery where members of her family were buried.  She imagined herself in the presence of heavenly spirits and her fascination prompted her to draw angels in the mud.   Today, she continues to paint angels but has broadened to other favorite subjects such as church scenes, black people in her community, spring gardens filled with animals and birds.
She paints mostly at night after she has finished work.   Each painting begins for her with a clear view of the image she wants to portray.  She then finds a scrap of paper, a piece of masonite, or canvas to fit the picture in her mind.

Alyne’s work is included in numerous museum, corporate and private collections.  She is also featured in many folk art publications such as "Souls Grown Deep: African American Vernacular Art of the South." 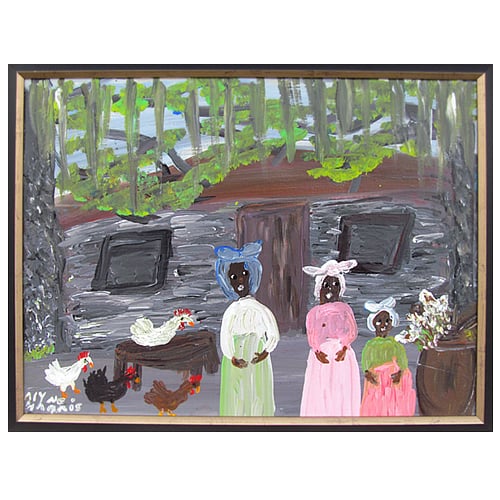 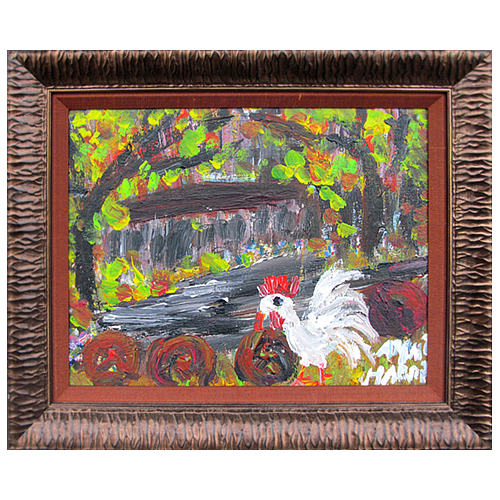 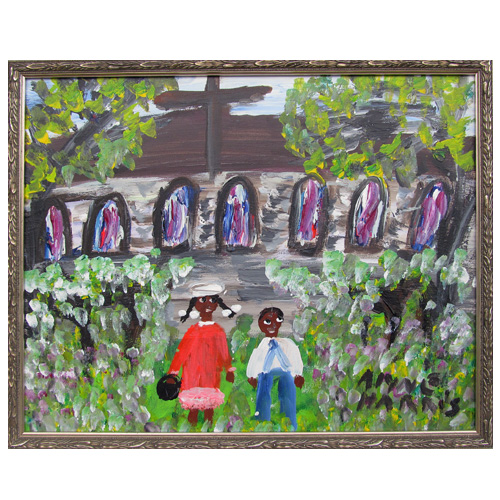 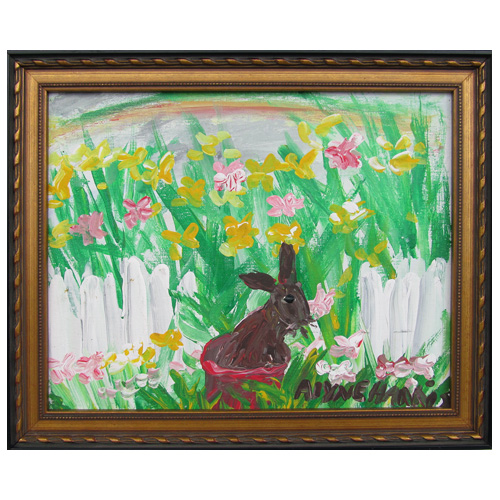 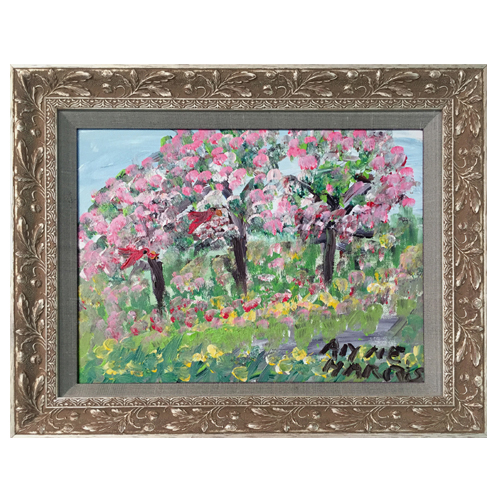 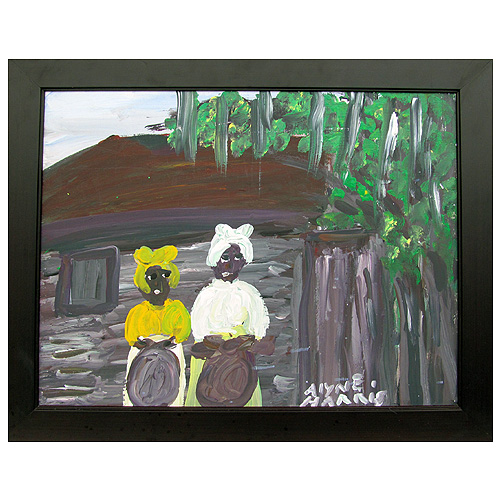 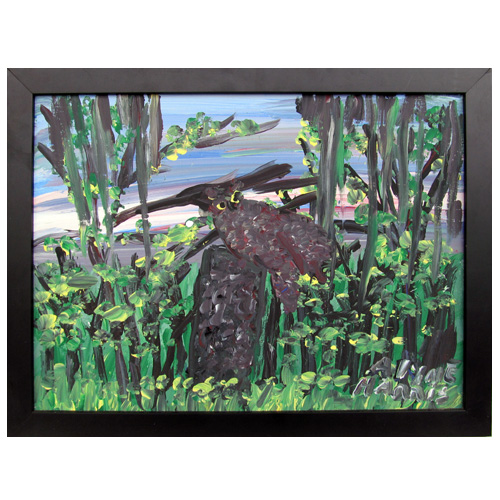 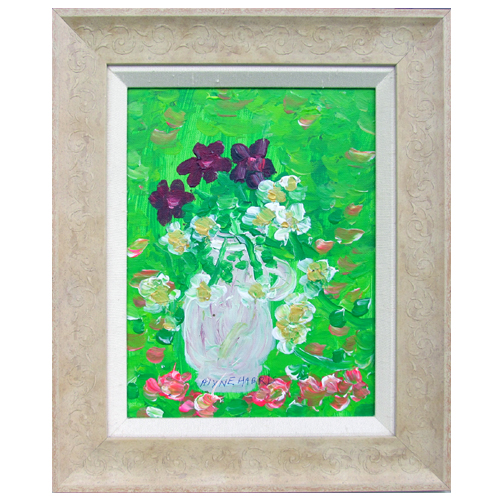 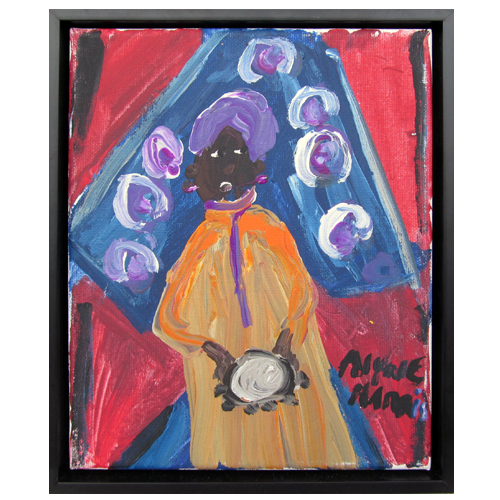