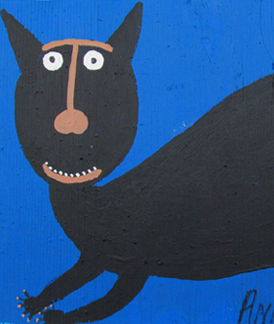 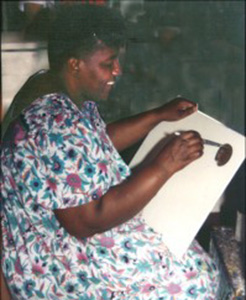 Annie was the daughter of a well-known artist, Mose Tolliver. As a child, Annie loved to draw and make small objects.  She dropped out of school in the ninth grade to marry and become a mother.  Influenced by her father’s art, Annie began to paint, but her paintings were sold as Mose’s until 1990 when she was encouraged by an art dealer to sign her own work. Her style, though similar to Mose, was different in many ways.  The subjects she enjoyed painting were her family and animals she found humorous.

Annie Tolliver’s work is widely collected and many galleries represent her. 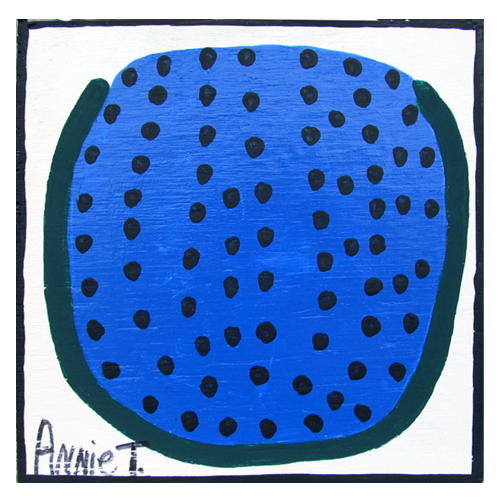 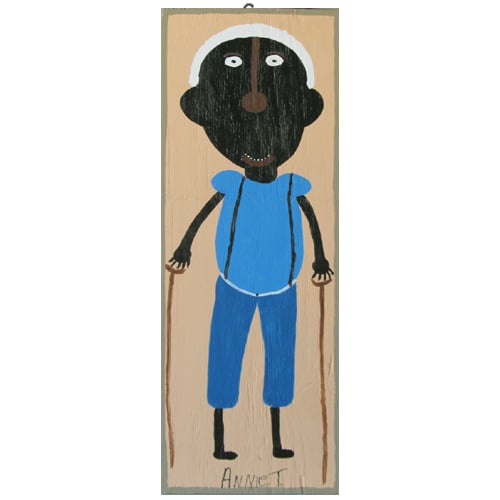 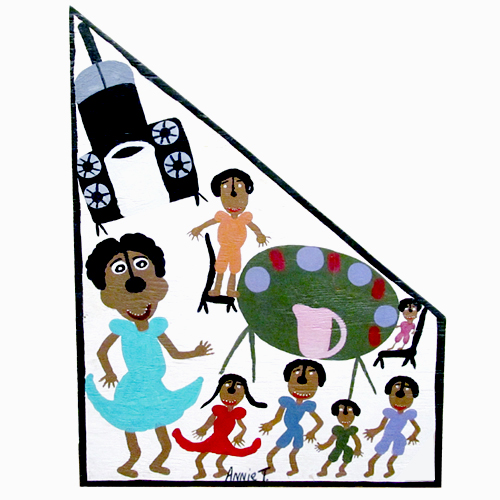 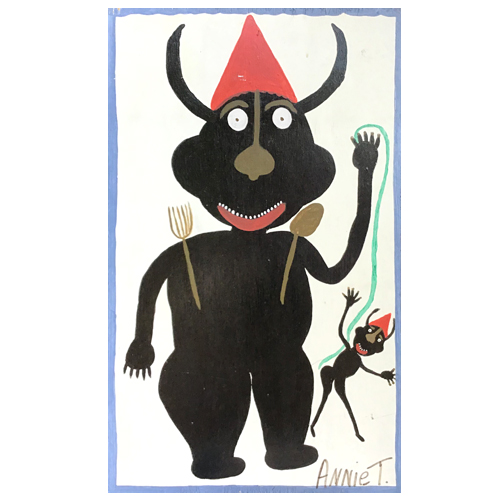