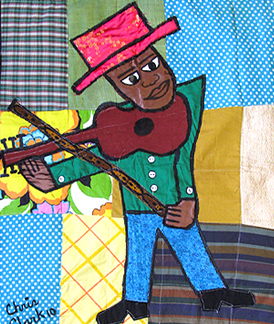 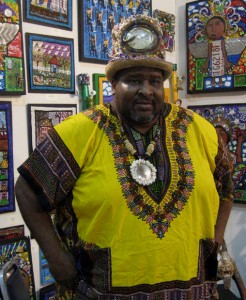 When Chris Clark thought he would lose his eyesight due to diabetes, he decided to follow his long-time desire to paint while he still could.  He began painting on scrap wood and flea market furniture. In 1991, his grandmother taught him to piece and stitch quilts, and soon Chris was making quilts upon which he would paint scenes.

Chris Clark is featured in the publication, “Revelations: Alabama’s Visionary Folk Artists.”  He is included in the permanent collection of the Mennello Museum in Orlando, Fl. His work was exhibited at the Smithsonian Institution in Washington, DC in 2005. 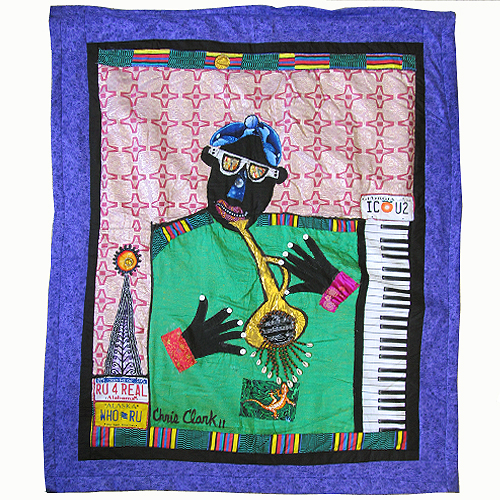 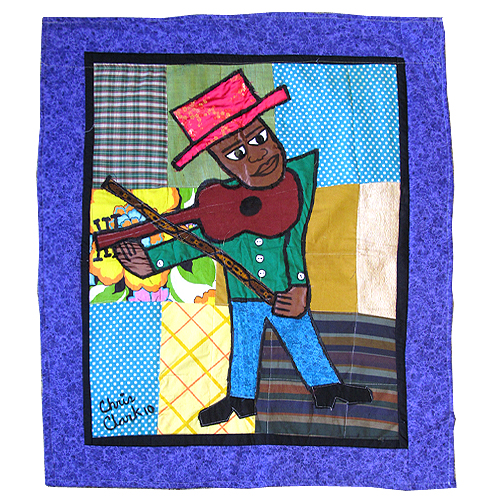