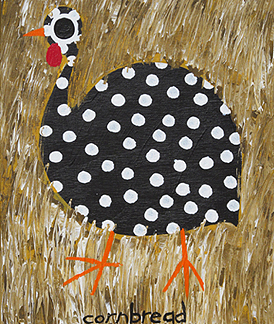 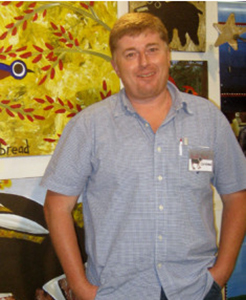 Self-taught artist, John "Cornbread" Anderson was born in 1966, and raised on a farm in Lumpkin County, Georgia.  Though his real name is John Anderson, he was nicknamed "Cornbread" when he was young.

As with most farm kids, Cornbread spent much of his time exploring the fields and woods around him but never gave a thought to painting what he had learned. Then in 1995, it occurred to him that maybe his experiences were worth sharing. Now his work spills out as he paints the animals and critters from the farmland and the woods nearby. Recording the animals as the city of Atlanta grows and sprawls, the artist is concerned about the loss of their natural habitat.

Cornbread uses a vibrant palette and paints in an energetic, strong style.  Typically, he paints on plywood boards with acrylic paint.  Fox, quail and guinea hens are among his favorite subjects but raccoons, deer, and fish sneak in from time to time.

Sometime described as a religious, southern gentleman, his pieces sometimes include narrative reflecting his thoughts and humor. As his work becomes more and more sought after, he still stops occasionally to be amazed that people are collecting his art. But then doing it is what he loves, selling it is just icing on the cake.

Cornbread is featured in Margaret Day Allen's book on self-taught artists of the South "When the Spirit Speaks." 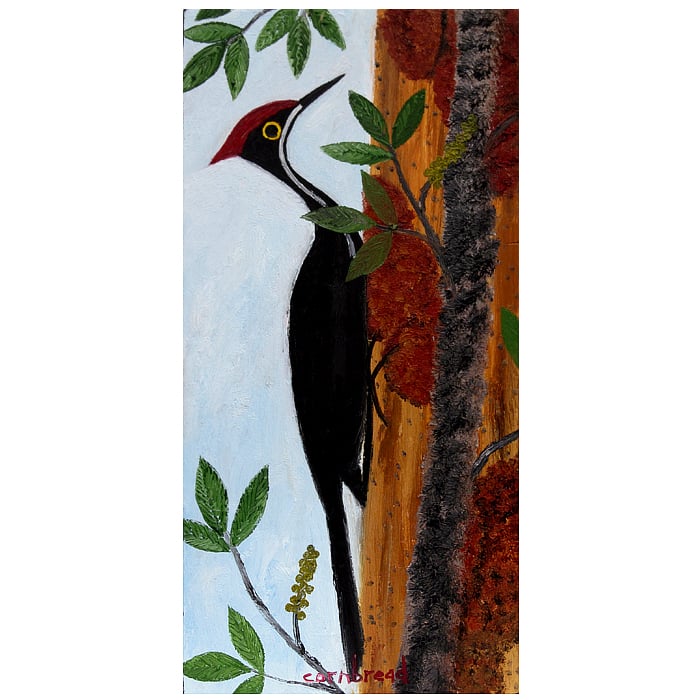 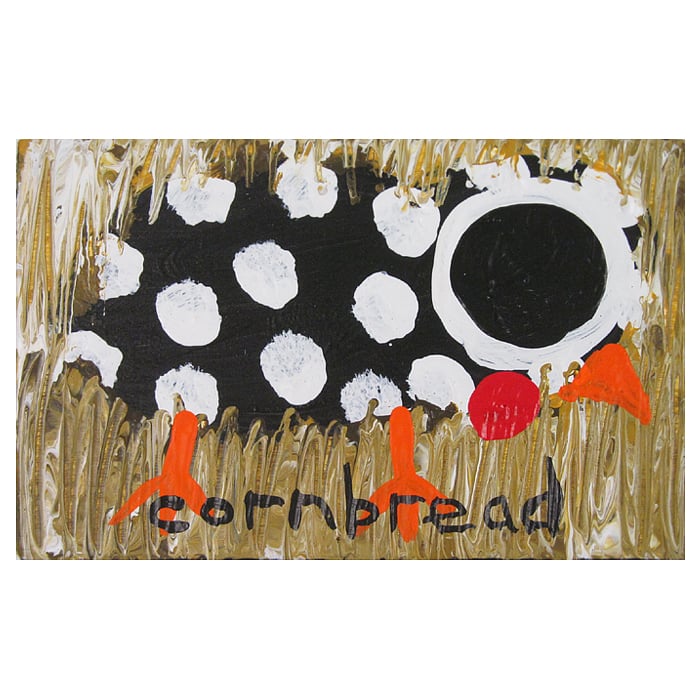 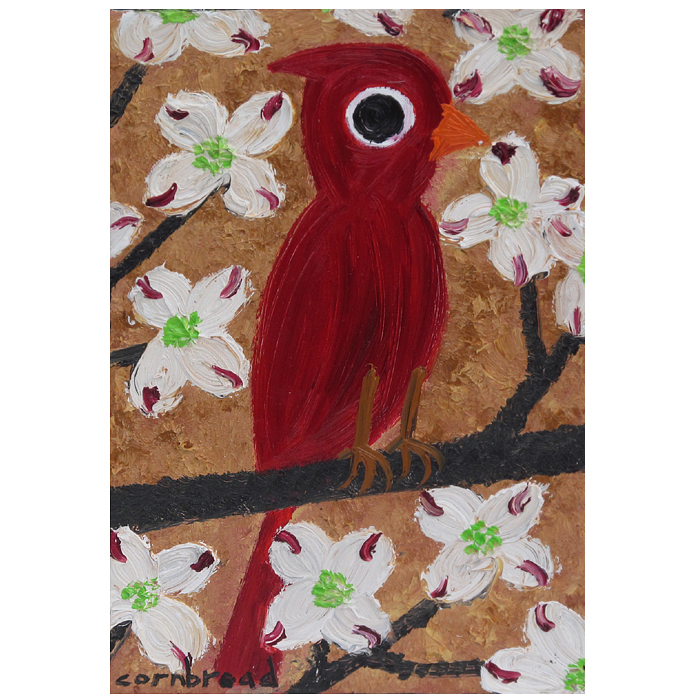 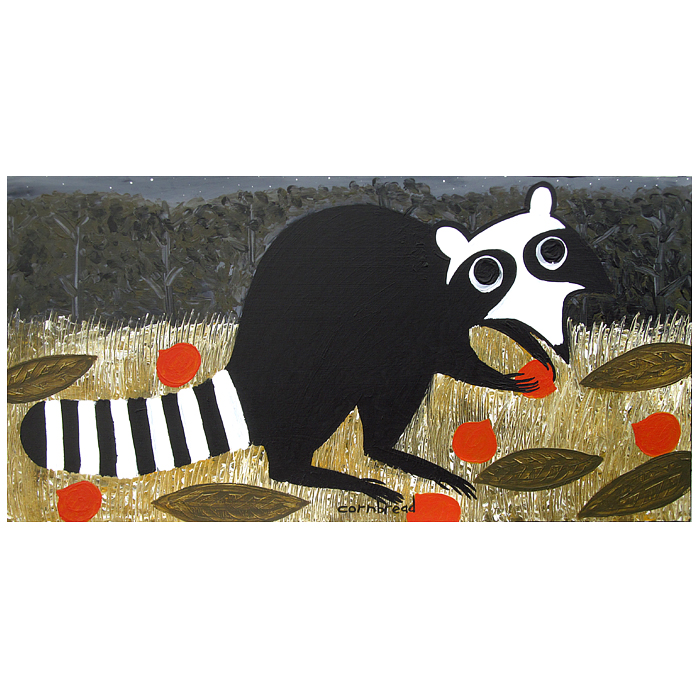 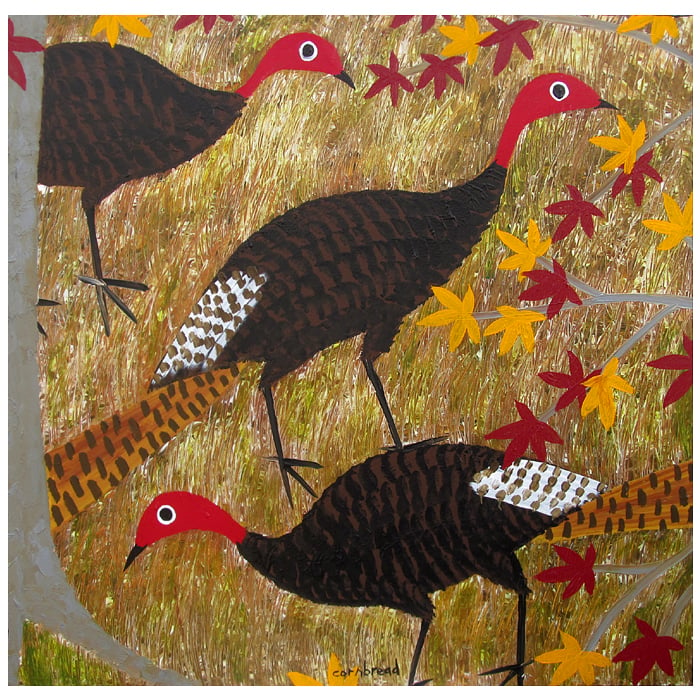 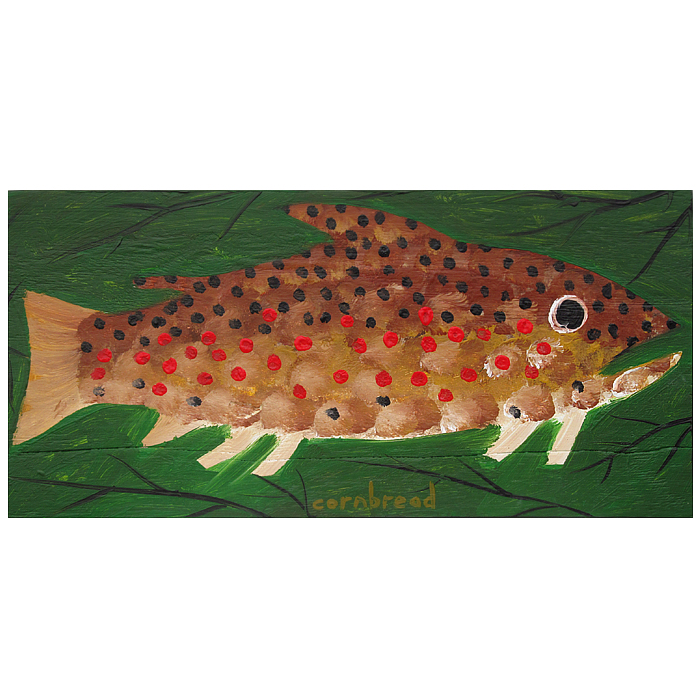 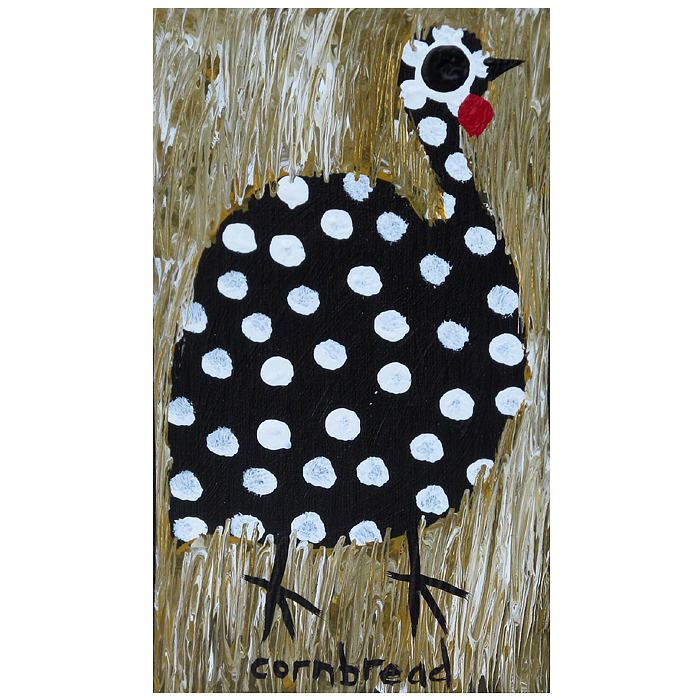 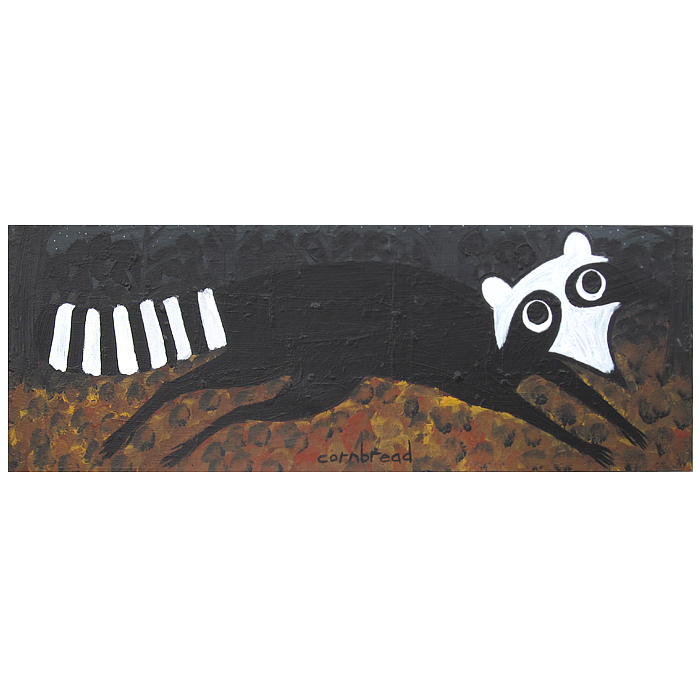