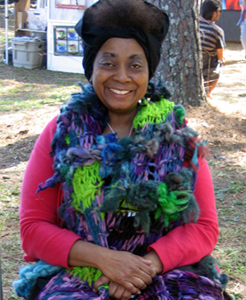 Della Wells was born in 1951, in Milwaukee, Wisconsin.

As a child growing up in North Carolina, Della made up stories and characters mainly to escape the madness of her mother’s mental illness and her father’s rage. Eventually, she would use her imaginary tales to inspire the collage art she creates today. Della feels strongly that spiritual awareness can only be achieved when you understand where you came from.

Della has frequently been compared to the well-known artist, Romare Bearden. Her colorful collages are beautifully designed, implementing her own rule that she can only use the materials she has in her house at the time. Her inspiration is from her life and current social issues in the United States. There is almost always a chicken image in her collages. When she was young, her father brought home a live chicken which she connected with as a pet. Unfortunately, it ended up on the dinner table, an event which has stuck with her all these years.

Della Wells has appeared in various publications including "Self Taught, Outsider, and Folk Art Guide to American Artists, Locations, and Resources," by Betty-Carol Sellen and Cynthia J. Johnanson.

Della recently exhibited her work at Loyola University in Chicago, "Her Story, My Dreams: Images by Della Wells."   There is a terrific youtube video from the Loyola exhibit where Della talks about her work. 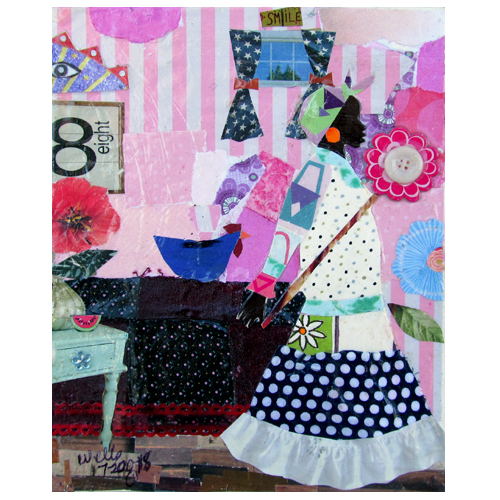 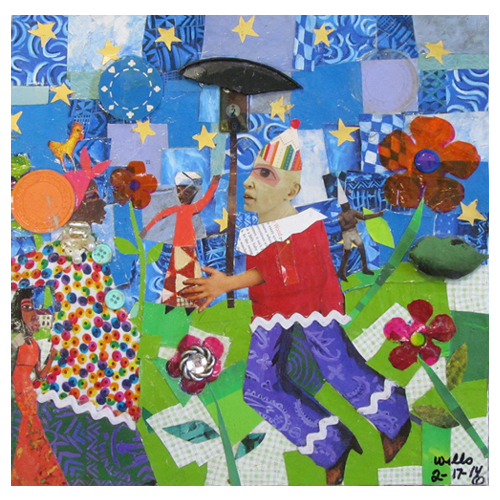 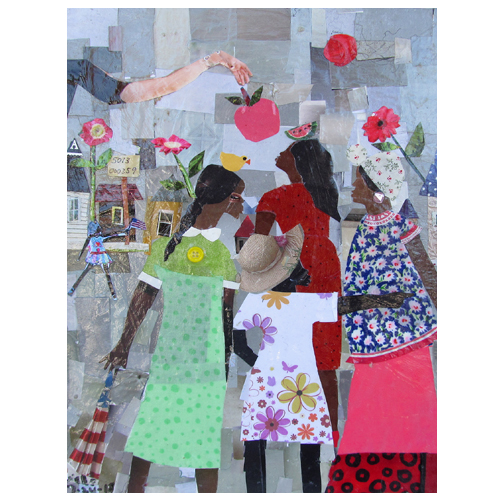 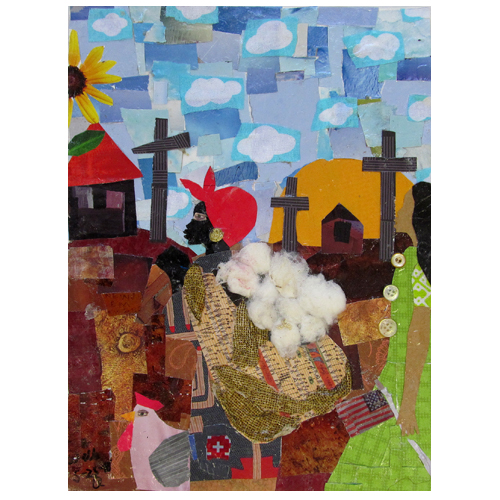 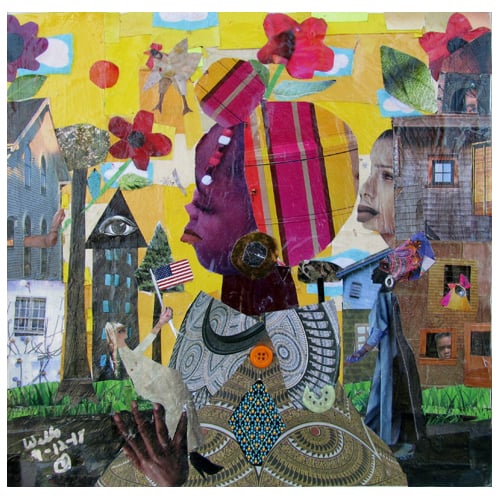 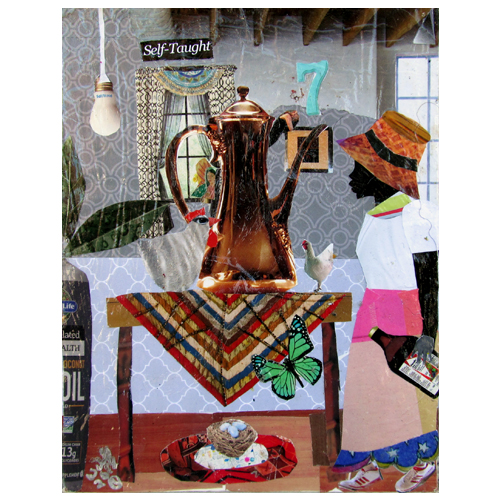 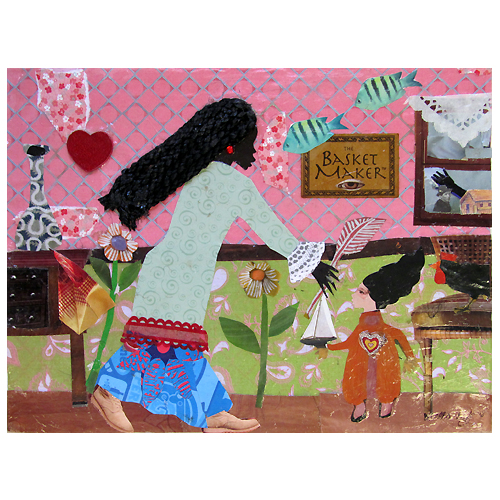 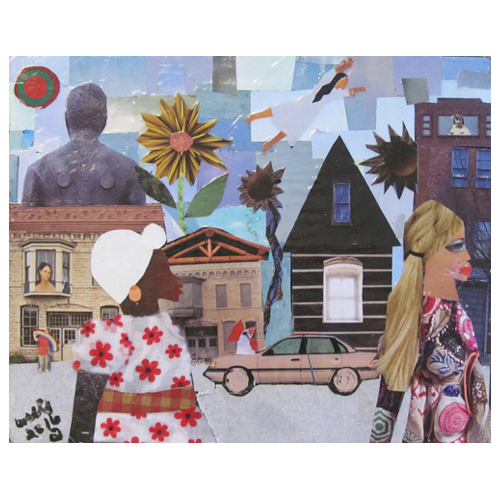 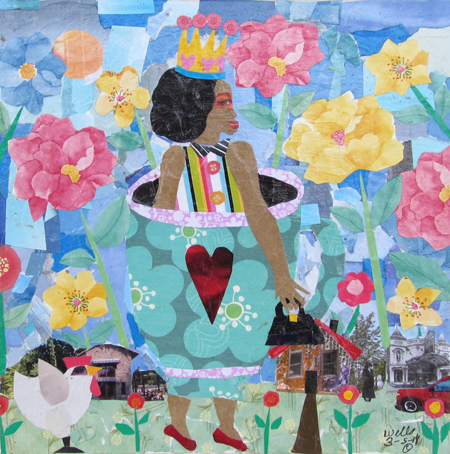 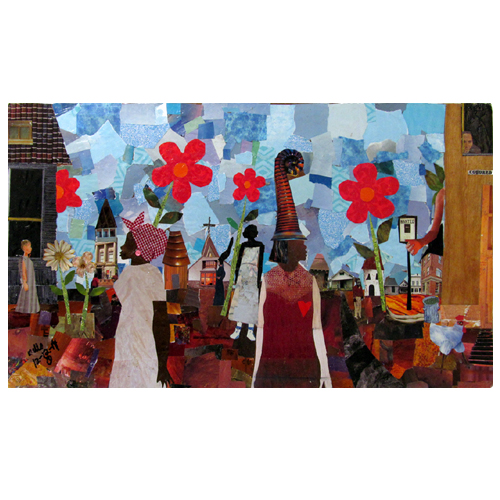 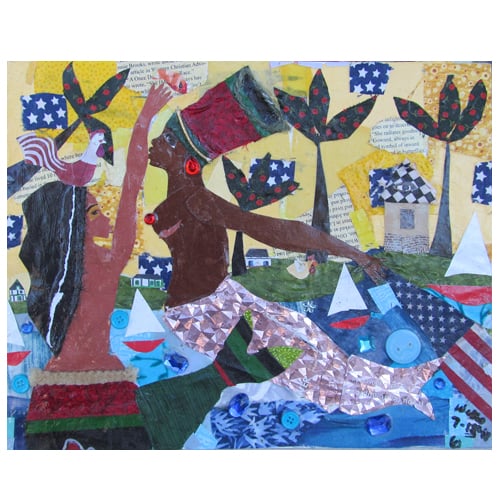 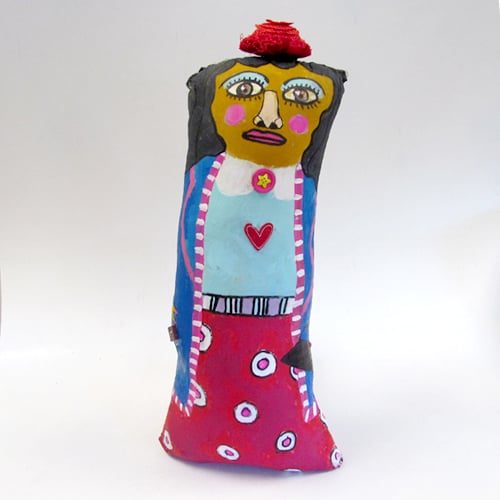 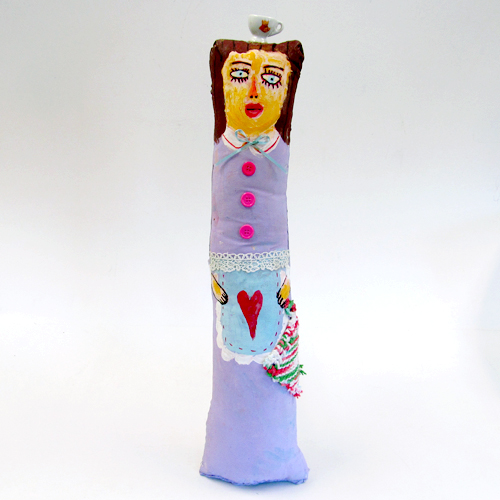