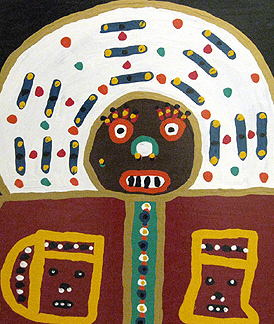 Burnside began painting around 1980, while employed as a chef in a restaurant in Charlotte, NC. In 1983, he moved to Pendleton, South Carolina, where he now resides. His paintings of kings, queens, tigers, wolves, and cats are allegorical expressions of the African-American cultural experience. The figures in his paintings are often surrounded by snakes, symbols or bugs he calls the “Roman Alphabet.”

In 1988, Burnside’s work was included in “Outside the Main Stream” at the High Museum of Art, in Atlanta, Georgia. His work is in many private collections, including the House of Blues. 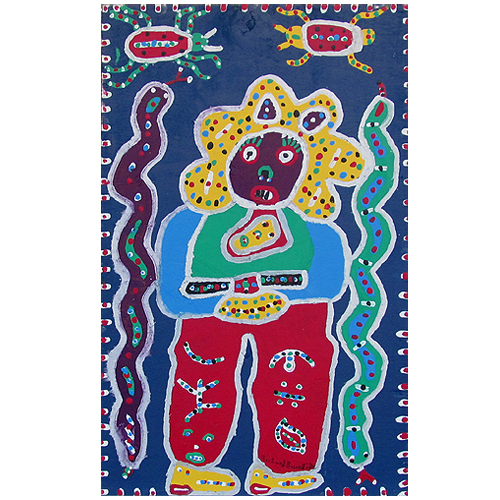 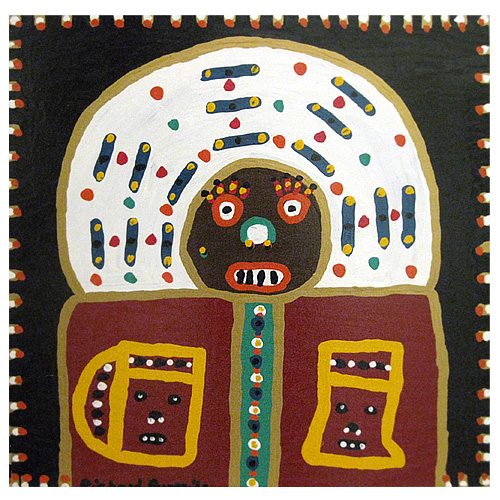