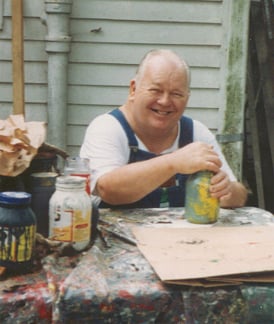 It wasn’t until he retired in 1981 from the grocery store he had owned for 35 years that Tubby Brown began to make his art. He began by building birdhouses, but soon his imagination led him to create “more oddball stuff.” His pieces which are made from scrap lumber, tin, or found objects are finished with brightly painted colors. An angel’s Christmas tree, a devil’s
hot tub and Noah’s Ark were a few of his favorite subjects.

Though many of Brown’s pieces have religious themes, humor was his main ingredient.

Tubby Brown was a popular folk artist whose work was shown by many galleries. He is included in private collections throughout the country. 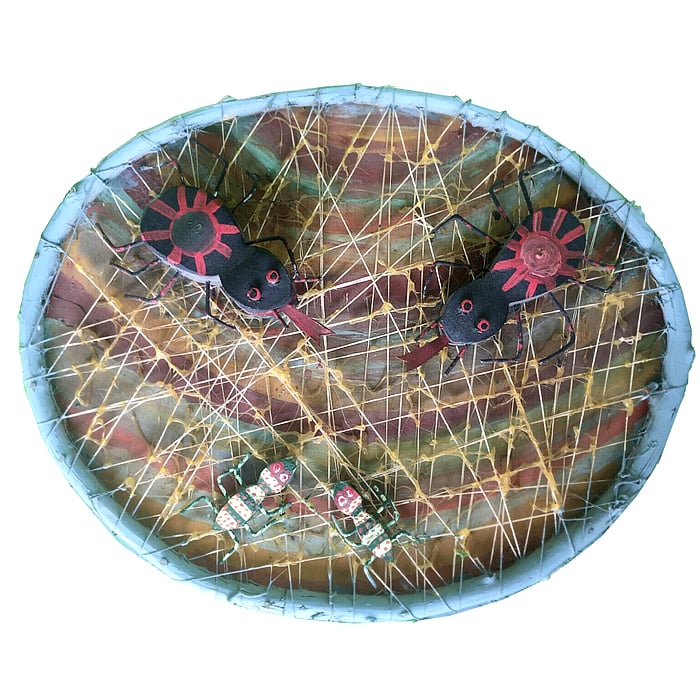 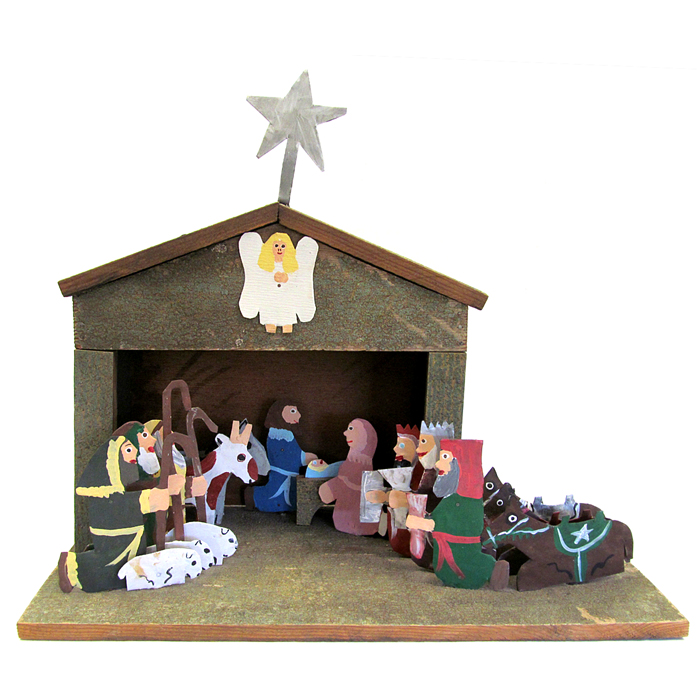 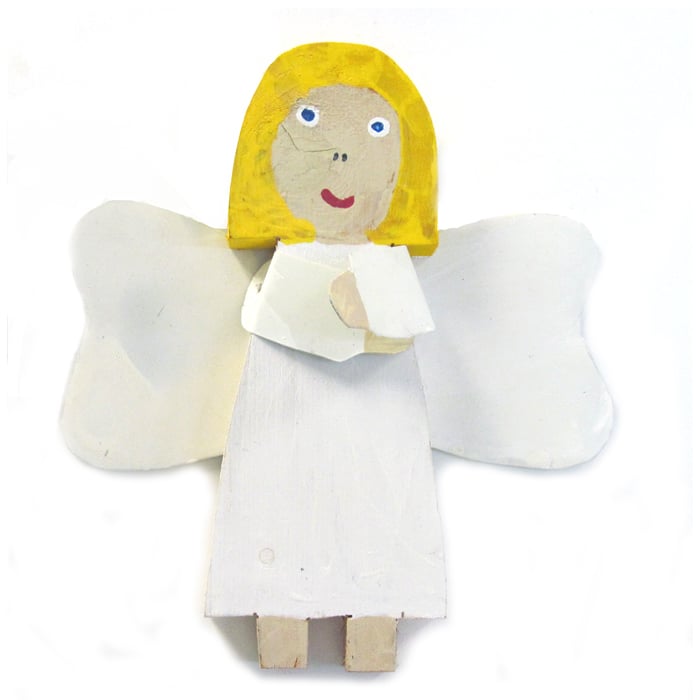