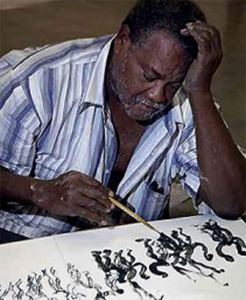 Purvis Young began seriously painting around the age of 20 using house paint and collected objects from the ghetto streets of Liberty City in Miami. He covered the sides of abandoned buildings with his artwork which he used to protest war, poverty and racial indifference. Working from a warehouse in his hometown, he painted compulsively and passionately. In the early seventies his work was discovered, and in the following decades, he gained an international reputation. He has been called by some, the Picasso of the Ghetto. 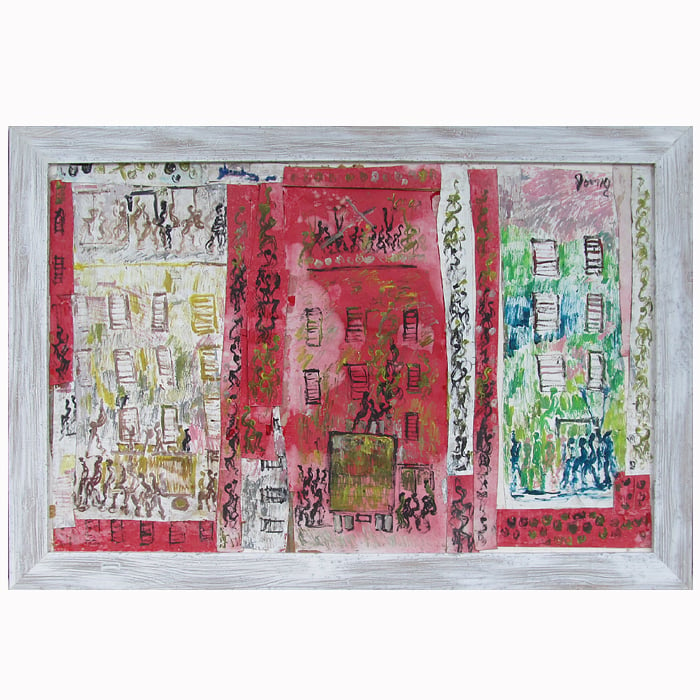 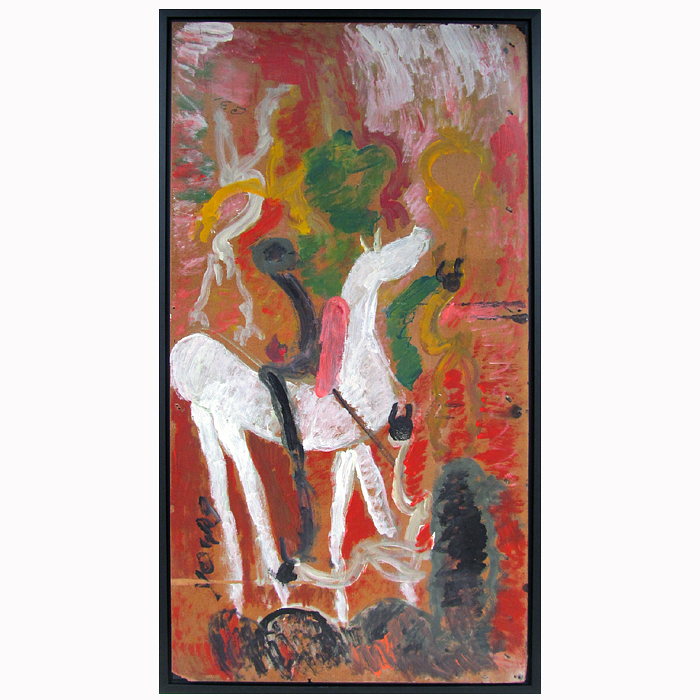 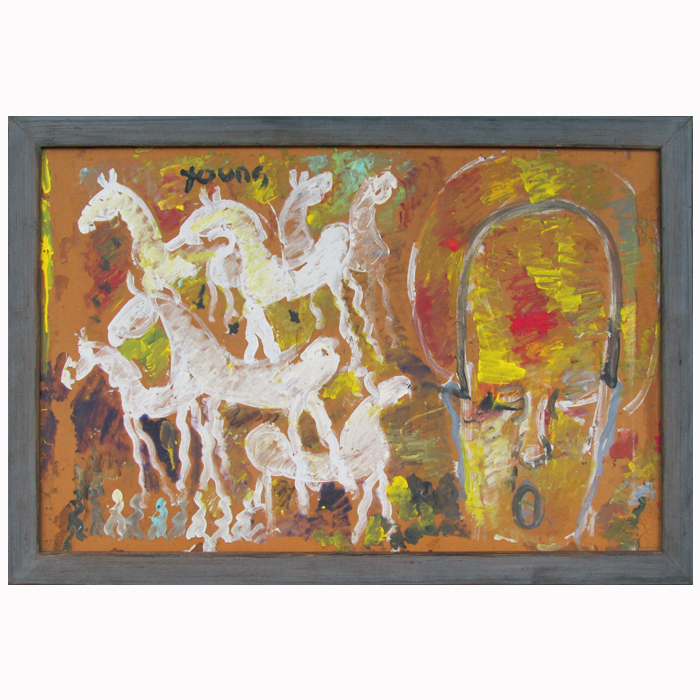 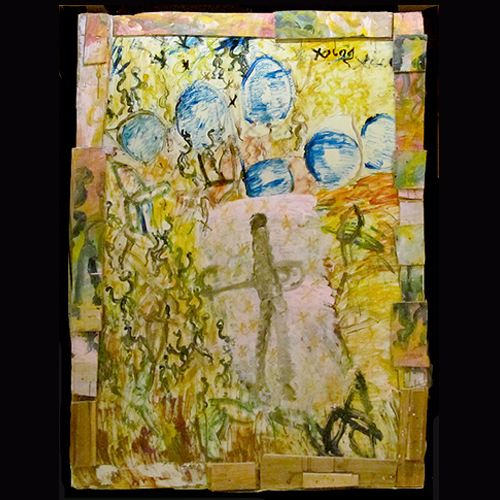 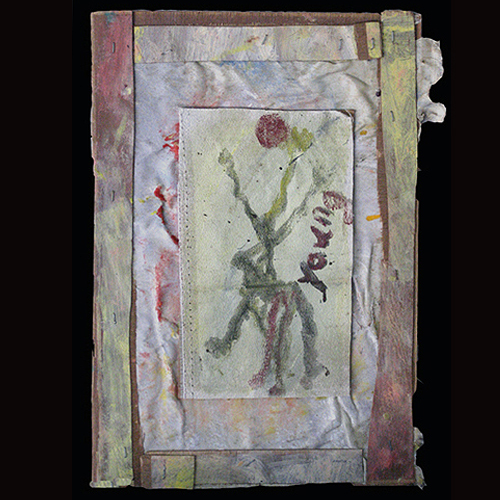 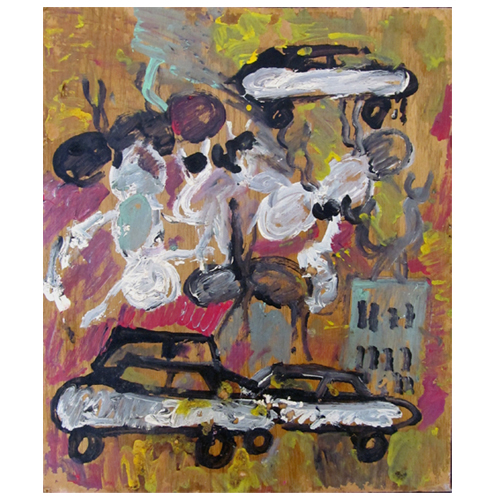 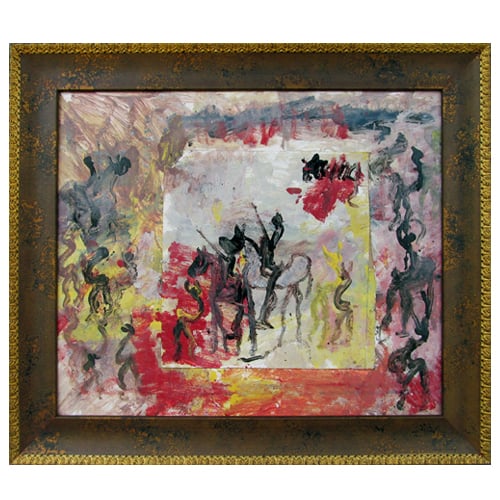 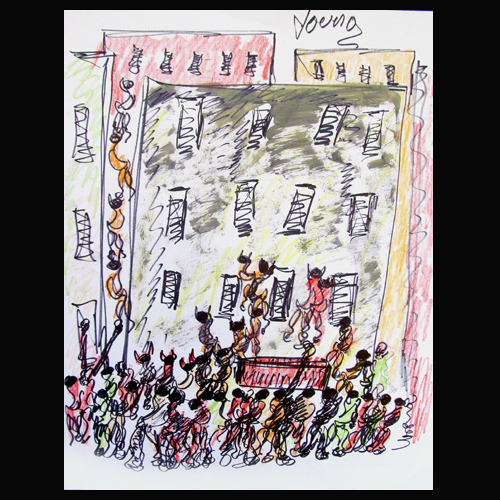 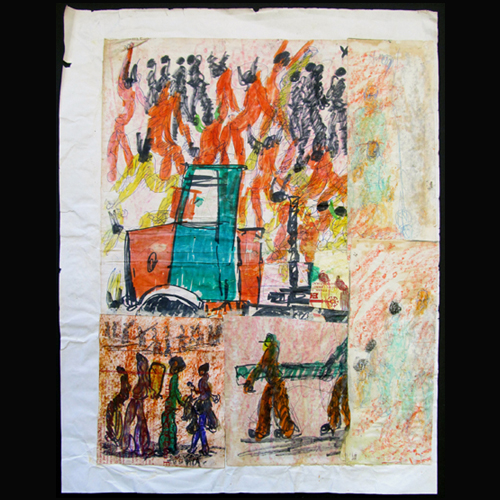 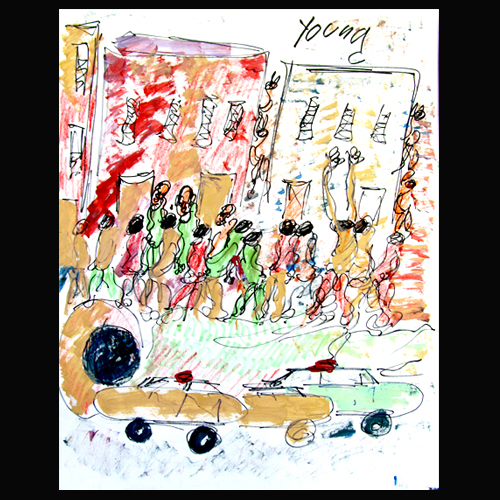 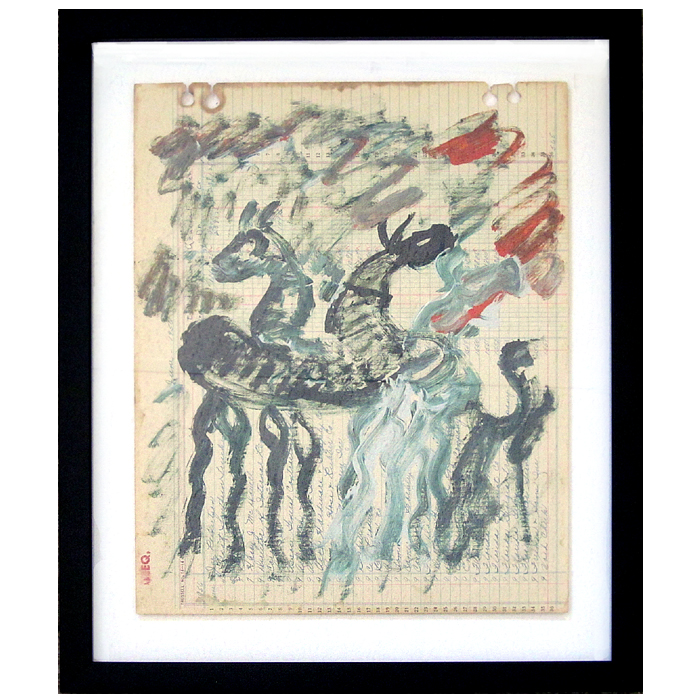 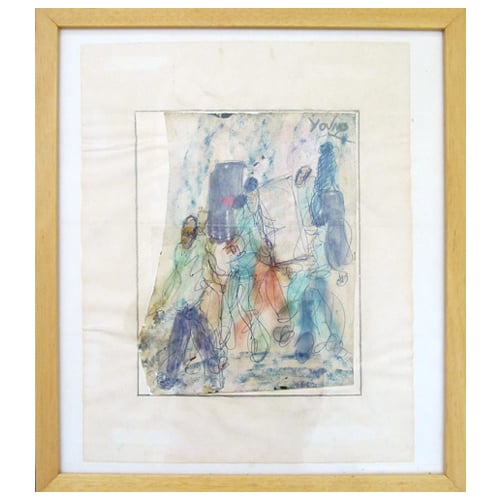 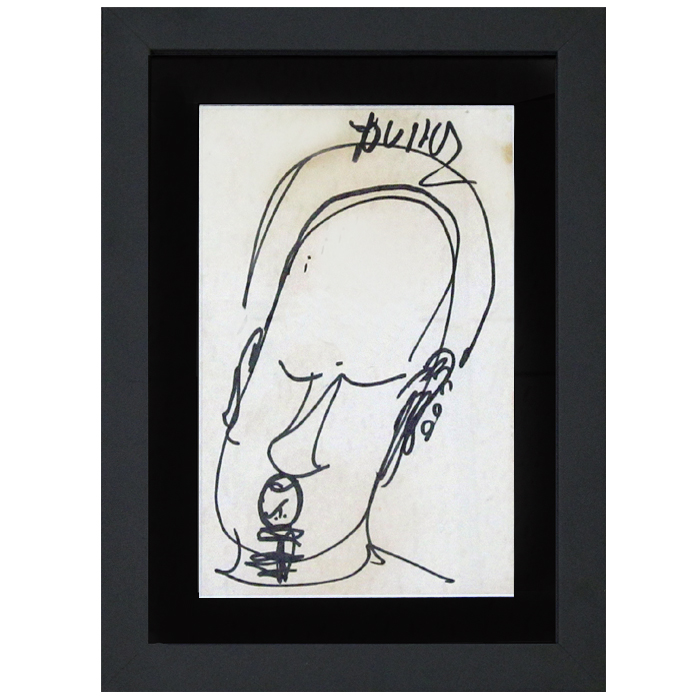 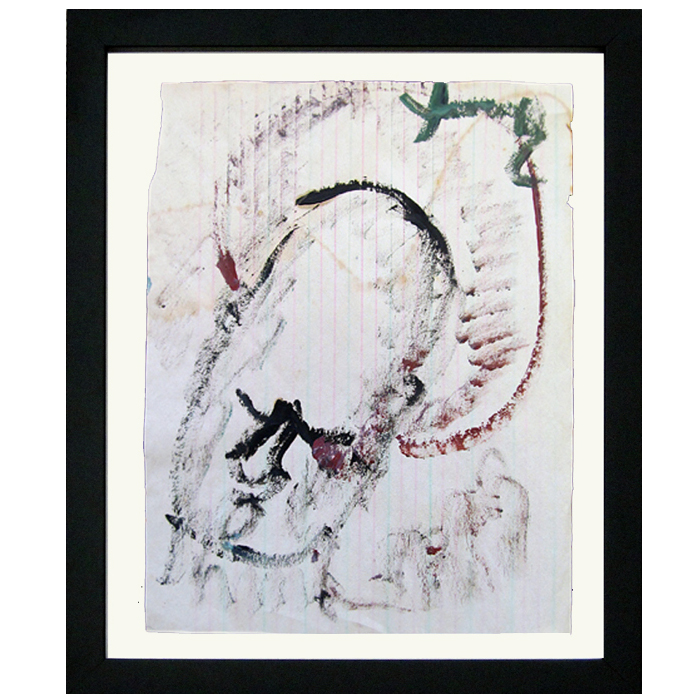